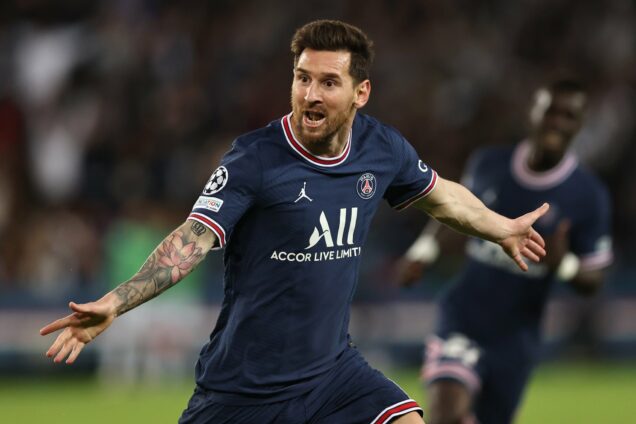 Lionel Messi scored his first Paris St-Germain goal in stunning fashion after the break gave the French side a 2-0 victory in their Champions League group-stage match against Manchester City on Tuesday night.
Messi, making his fourth appearance for PSG since leaving Barcelona, fired high into the net from a Kylian Mbappe lay-off in the 74th minute to put PSG 2-0 up.
Idrissa Gueye had opened the scoring in the French capital before City.
City had plenty of chances to score in between those goals with Raheem Sterling’s header hitting the bar and Bernardo Silva striking the woodwork from the rebound with an empty net in front of him.
They also had seven shots on target but could not beat Champions League debutant Gianluigi Donnarumma in PSG’s goal.
After the game, Argentina forward took to his social media to celebrate his first goal.
“Very happy for the victory in such a difficult game and for having scored my first goal. I hope many more will come !!,” he wrote.
Tags:   Manchester City   Messi   Paris Saint-Germain (PSG)