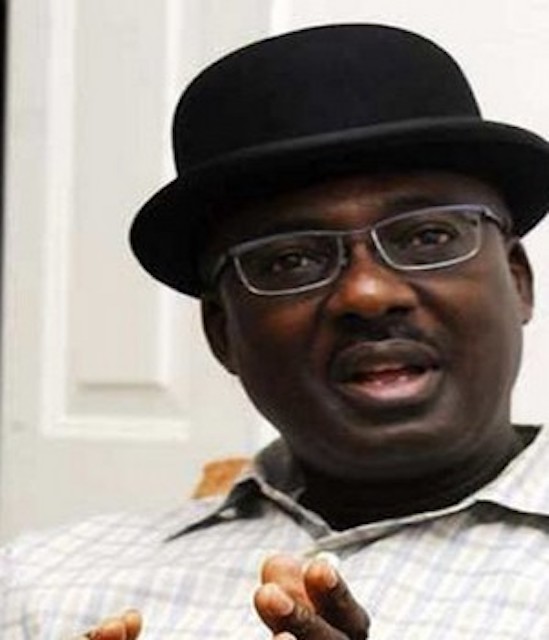 President Muhammadu Buhari has warmly felicitated with former Deputy Speaker of House of Representatives, Chibudon Nwuche, who is on his way out of the All Progressives Congress, the President’s party.

Nwuche who will clock 60 tomorrow is one of the APC renegades switching to the PDP in an elaborate ceremony in Port Harcourt, coinciding with his birthday.

Governor Nyesom Wike and the chairman of the PDP in the state is rolling out the red carpet for the ‘returnees” at the Isaac Boro Park from 10.am.

President Buhari and handlers, probably in the dark of Nwuche’s move still felicitated with him and his family as he turns 60.

Buhari praying that the Almighty God will continue to guide and protect Nwuche.

President Buhari rejoiced with the former deputy speaker on his impressive achievements working in the private and public sectors, which include legal practice, business, humanitarian services and as an elected lawmaker, rising to a leadership position in the National Assembly.

The President noted the contributions of Nwuche at the House of Representations, with bills that were directly hinged on welfare of the people and which greatly impacted on the nation, like the Nigerians with Disability Bill, the Nigerian Media Bill and The Nigerian Local Content Bill, and some have transformed into laws, institutions and commissions.

President Buhari extolled the community worker and grassroots activist, who played a strong role in passage of the Niger Delta Development Commission Act and the Onshore Offshore Dichotomy Bill, and also set up scholarships and grant schemes for indigent students and entrepreneurs.