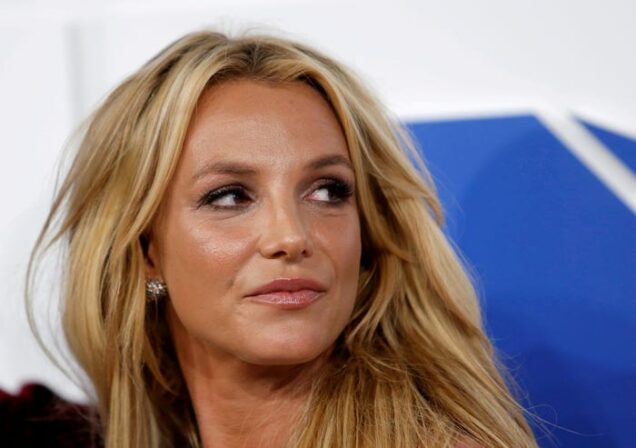 A Los Angeles judge on Wednesday suspended the father of Britney Spears from his 13-year role as the controller of the singer’s business affairs.

“The current situation is not tenable. It reflects a toxic environment which requires the suspension of Jamie Spears effective today,” Los Angeles Superior Court Judge Brenda Penny said during a court hearing.

Crowds of Free Britney fanatics were seen outside the Stanley Mosk Courthouse in downtown Los Angeles Wednesday with signs and flags rooting for the the singer to finally be freed from the 13-year conservatorship.

Britney, 39, was not in attendance at the hearing where a judge heard arguments for ending the conservatorship.

Both of her parents Jamie and Lynn attended virtually via Zoom.

Britney’s lawyer Matthew Rosengart delivered a powerful testimony, telling the judge that Jamie ‘cannot be in my client’s life for one more day.’

Rosengart was seeking a suspension, rather than a termination of the conservatorship, to keep Jamie from receiving a settlement and to allow an investigation into his time as Britney’s conservator.

The hearing came hours after Britney’s lawyer called her father ‘a reported alcoholic and gambling addict’ in new legal documents.

Jamie, 69, has always insisted that he has only been protecting his daughter and looking out for her interests while running the conservatorship that pays him a monthly salary of $16,000.