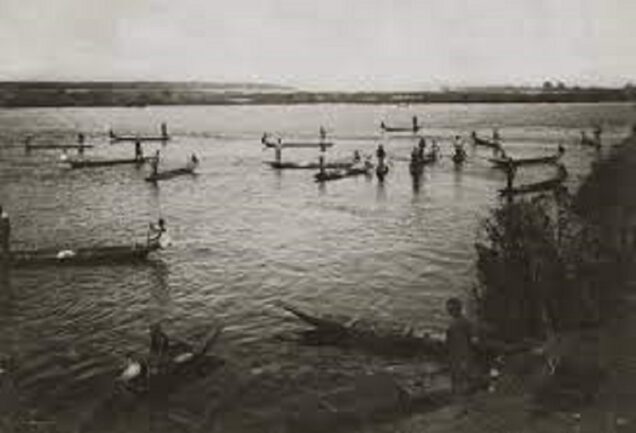 Fishermen in Lake Chad: accused of working with ISWAP

Nigeria military appears not to have any apology over the bombardment of a fishing village, Daban Masara, in Kukawa LGA of Borno state.

Amid reports accusing the Nigerian Air Force of hitting a wrong target, the military authorities are cocksure the jets accurately hit the intended target, ISWAP terrorists and their civilian collaborators.

According to a report by PR Nigeria, at least 28 terrorists affiliated to the Islamic State of the West African Province (ISWAP) and their collaborators were neutralised.

An earlier report by Reuters put the death toll at 50.

But the military authorities said the victims were delivering logistics to ISWAP when they were killed in Daban Masara.

Daban Masara, in Kukawa LGA, is located deep in the North of Lake Chad forest, about two-hour drive to Kukawa town.

The sources, who are deployed in the North East Theatre Command, in Borno State, said the ISWAP elements and their collaborators including their fishermen, were killed in a coordinated ground and aerial strikes by the Nigerian military.

According to a military source, the location was an area administered by ISWAP terrorists, which also served as a meeting point where weapons, fuel, food items, motorcycles and other logistics are delivered to the terrorists.

“The location has no residents or households and fishing has been banned in the area. It harbours only the terrorists, their allies and workers in the fishing business.

“Some of the ISWAP fighters at the location were placed on standby, and were only awaiting directive from the leadership of their ISWAP to launch ambush attacks against troops of the NA,” he said.

The source, further disclosed that many of the ISWAP insurgents injured in the Sunday military raid refused to go to any hospital for treatment, over fear that they will be arrested.

Ibn-Umar said: “On behalf of Aba-Ibrahim, the Wali, we are here to extend our sympathy to you over the sad incident that occurred on Sunday which led to the death of some of our own, as well as some fishermen.”

The ISWAP Commander said the attack on them was due to the activities of fifth columnists among them, who exposed their activities to the Nigerian military.

He warned them to be careful and make sure they always hide under trees to evade air raids launched by military jets.

A top military intelligence officer confirmed the airstrike to PRNigeria.