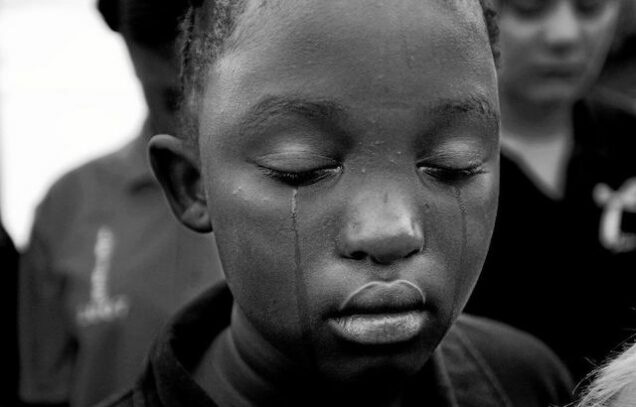 Illustration for an abused child

A Delta State indigene resident in Bayelsa State, simply identified as Vwede, has reportedly flogged his two-year-old son to death.

The incident which occurred on Sunday, September 26, 2021, at Immiringi Road, in Yenagoa, the State capital, caused pandemonium in the area.

It was also gathered that the mother of the deceased may have abandoned the child with his father and run away.

The father, who had since fled the State immediately his son was confirmed dead, was accused of constantly torturing his son.

He was said to have inflicted serious injuries on the boy on the fateful day.

After beating his son into stupor, he rushed the boy to Answer Clinic, along the Ruthmore Hotel Road, Immiringi.

The litte boy was confirmed dead on arrival.

Residents in the area have expressed anger over the development.

Women Lawyers under the aegis of Do Foundation, have vowed to pursue justice for the victim.

Do Foundation, which is in forefront of the campaign against gender violence and protection of children, condemned the incident and called on security agents to ensure that the fleeing father of the deceased is arrested.

The State Coordinator, Do Foundation, Comfort Itoru, said the incident had been reported at the Akenfa Police Station.

Itoru said her foundation has reached out to other advocacy groups in the State, including the State Gender Response Initiative Team (GRIT), to prevail on Police authorities to investigate and prosecute the suspect who killed an innocent child.

“We have reached out to other advocacy groups over the incident. We however call on residents of the state not to keep quiet in the face of noticeable violence against the girl child, under aged and women,” Itoru appealed.