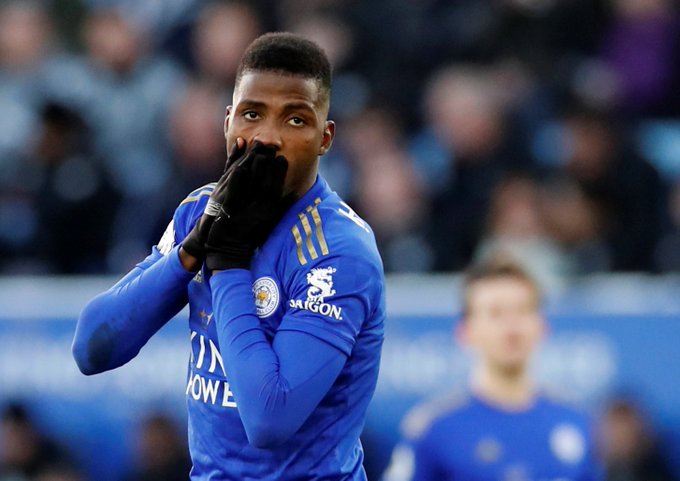 Nigeria international Kelechi Iheanacho was left stranded at Warsaw airport on Wednesday after a documentation issue saw him blocked from entering Poland with Leicester.

The Nigerian was expected to return to the United Kingdom as soon as transport could be arranged, reports Mail Online.

The squad had arrived at about 3.30pm local time at Chopin Airport for Thursday’s Europa League meeting with Legia Warsaw.

Leicester boss Brendan Rodgers confirmed Iheanacho, 24, would have started the game, meaning he will have to revise his plans for the Group C encounter.

A club official is likely to accompany Iheanacho back to Leicester.

‘We’ve had an issue with Kelechi – his documentation coming into the country wouldn’t suffice,’ said Rodgers.

‘Unfortunately he’s not available to play which is a shame because he would have played. The paperwork didn’t allow him to enter the country, which is unfortunate. We’ll have to look at that when we get back.’

Having never experienced a problem of this nature before, Leicester are expected to review their processes to ensure it does not occur again.

They face Spartak Moscow in Russia later this month before travelling to Italy in December to take on Napoli.

His absence means either summer signing Patson Daka or Jamie Vardy will start in attack, with Daka more likely as Rodgers is keen to keep Vardy fresh where he can.