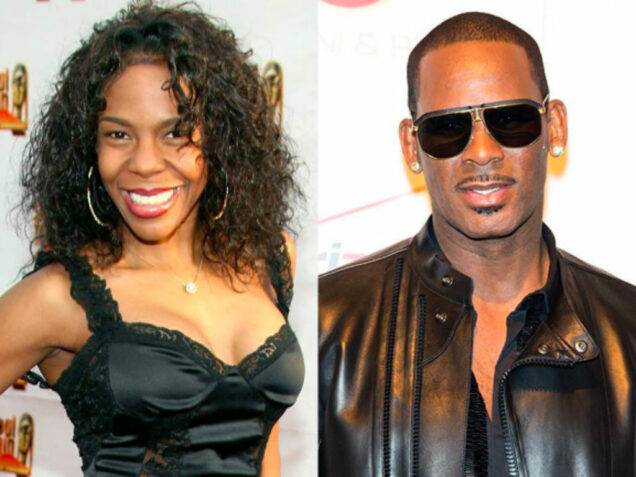 Drea Kelly, the ex-wife of disgraced R&B singer, R Kelly, has reacted to the guilty verdict in the sex trafficking trial of the singer.

According to Drea, she is heartbroken over the legacy their children have to deal with.

Kelly, once one of the biggest selling R&B singers, was convicted on all nine counts after some 25 years of using his fame and wealth to lure underage girls and women for sex.

The ‘Storm Is Over’ singer is facing life imprisonment after he was found guilty on September 27 by a New York court.

UK Metro reports that the 54-year-old was convicted by a federal jury on all nine counts including racketeering and violations of the Mann Act, which prohibits the transport of ‘any woman or girl’ across state lines for any ‘immoral purpose.’

However, Drea who shares three children with the disgraced star opened up on Good Morning Britain on Tuesday.

My “heart breaks as a mother,” she said.

“I sit in a very difficult place because unlike the rest of his victims, I share children with him [and] I was married to him,” Drea told the programme. “I wear two hats. I wear the hat of a survivor, but I also wear the hat of a mother and an ex-wife.

“It’s very difficult for me. I feel my heart is in two places. My heart definitely goes out to the survivors and the courage it takes to come forward and tell the story, but my heart breaks as a mother because this is now the legacy my children will have to deal with and their children’s children.

Ahead of Kelly’s sentencing hearing which is scheduled for May 4, 2022, Drea revealed that she will support their children, Jay, Joann and Robert, in “whatever they feel”.

“They have the right to feel whatever they feel, but I think what is healthy… you have to know how to protect your mental state and love them from a distance, and they are not allowed to be toxic in your life just because they are your parent.”