Ubani to FG: Reverse Prof Musa-Olomu’s reappointment or else 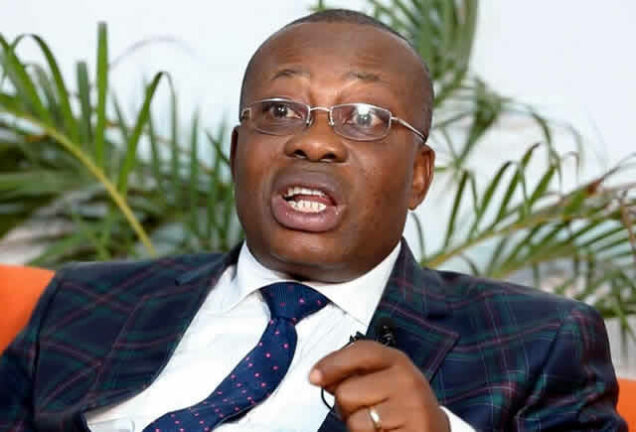 The former Vice President of the Nigerian Bar Association threatened to sue FG for allegedly renewing the appointment despite an indictment against him.

Ubani stated that Prof Musa-Olomu ought not to have had his reappointment renewed since he was indicted for age falsification, gross misconduct and abuse of office by the board of medical centre two months ago.

He noted that it is unfortunate that Prof Musa-Olomu who is also being investigated by the Nigerian Police, FCID, and is currently on administrative bail was not asked to step aside by the Federal Ministry of Health but was rewarded with a renewal of his appointment.

According to Ubani, such action negates the principle upon which the current administration under President Muhammadu Buhari claims to stand for.

“President Muhammadu Buhari’s administration was widely voted into power for a first and second term because the president assured Nigerians that he will fight corruption in any form in the country to a standstill.

“I want to use this opportunity to remind the APC led administration that what just happened in FMC, Abeokuta where a man who ought to have retired from service but altered his age to get another term in office, is another form of corruption which if not reviewed, will certainly dent the image of this administration.

“I want to presume that the president personally may not be aware of what has happened in FMC Abeokuta with the connivance and collusion of the Federal Ministry of Health, but I believe it is not too late to revisit the matter.

“The old practice where public servants flagrantly violate the Public Service Regulations and Government Circular without punishment must be discouraged.

“Institution like FMC, similar Ministries, Departments and Agencies under the Federal Republic of Nigeria is governed by rules known as Public Service Rule; this is where guidelines both on appointment and retirement of a public servant are stipulated.

“I hereby call on the Federal Government review the process through which Prof Musa-Olomu’s tenure was renewed and if found to have been fraught with corruption, should be reversed. Our health system is too critical to be handled by persons of questionable character.

“Federal government should also investigate the circumstances under which the Ministry of Health suppressed the letter of the Board to the Ministry/Office of the SGF withdrawing its earlier recommendation of Prof Musa-Olomu for a second term which was written before the petitions that came in were investigated.

“I also demand that Federal Government should investigate the circumstances under which Prof Musa who is being actively investigated by the Nigerian Police FCID and is currently on administrative bail was not asked to step aside by The Ministry of Health but was instead recommended for a second term with the letter presented publicly to him by the Minister of Health despite the Ministry receiving a court process seeking to forbid the step of renewal.

“Let me conclude by saying that if the Federal Government of Nigeria fails, refuses and/or neglect to address these weighty issues as raised in this press text, I shall without any further notice to them take legal measures and actions as a concerned citizen for the intervention of the judiciary into this crisis solely created by the Federal Ministry of Health.”