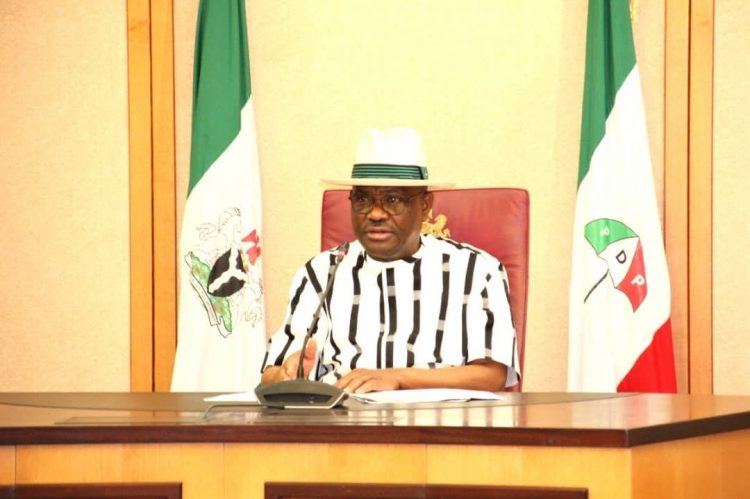 Governor Nyesom Wike: to lead members of PDP in Rivers to receive decampees of key members of state chapter of APC

Members of Peoples Democratic Party, PDP, in Rivers led by Governor Nyesom Wike are set to roll out the drums in celebration of defection of key members of the state chapter of All Progressives Congress, APC into their fold.

The APC defecting APC members who will be received at a grand reception in Port Harcourt on Thursday include Ogbonna Nwuke who resigned as spokesperson of the party last week, citing  ‘personal reasons.’

Nwuke who was a former member representing Etche-Omuma constituency in the House of Representatives had also served as commissioner for information and communications and  for Commerce and industry in Rivers.

Desmond Akawor, Rivers PDP Chairman said the APC members will be received by Governor Wike at Isacc Boro Park tomorrow, Thursday, 30th September 2021. Members of other parties who also recently declared for PDP will also be received at the occasion.

The invitation card for the event is already circulating in Rivers.

Though he cited ‘personal reasons’ in a statement he issued as the reason for  resignation as spokesman of Rivers APC,  Nwuke has also been quoted as complaining that: “I was told that there is change in the APC but I did not see any change”

“My defection will do Etche people good. The only thing we got in APC is an aide to the Chairman of the NDDC and a member of a governing board of a College in the north”.

Also, in a chat with our correspondent last week, Nwuke stated his frustrations as Spokesman of APC.

He alleged that the leadership of the party did not give him any support to carry out his duty.

Nwuke restrained from calling names of those he said cause him to leave the party.

However, analysts have put the blame on the shoulders of  Rotimi Amaechi, the minister of Transportation who is the leader of the party in the state.

Amaechi has been accused running the party as a dictator and a sole proprietor.

An insider in APC confided in our correspondent that one of the immediate reasons for dumping the party was that his interest to run for the chairmanship of the party in state was rejected by Amaechi during a stakeholders’ meeting in Port Harcourt about a week ago.

This is coupled with the unresolved crisis between Amaechi and former Senator Magnus Abe and his supporters over the control of the Rivers chapter of APC.

But it will be another blow to Amaechi under whose leadership the party was denied participation in the 2019 general election in Rivers as a result of numerous court cases.

Several calls put across to Nwuke on Wednesday could not go through as his phone lines were switched off.