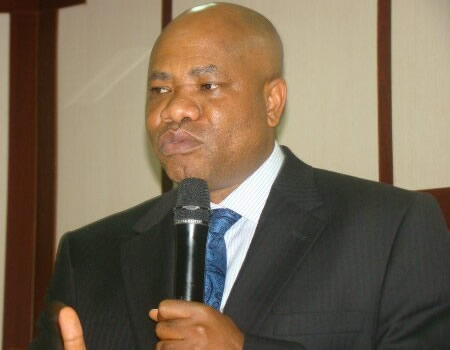 A three-man panel of the Court of Appeal, Lagos Division, on Thursday, September 30, 2021, dismissed the application filed by Dr. Olufemi Martins Thomas, a former Executive Secretary, National Health Insurance Scheme, NHIS, seeking to stop the alleged $2,198,900 fraud charges leveled against him by the Economic and Financial Crimes Commission, EFCC.

Thomas was re-arraigned alongside one Kabiru Sidi, a Bureau De Change operator, by the Economic and Financial Crimes Commission, EFCC, on an amended seven-count charge of money laundering to the tune of $2,198,900.00 before Justice Ayokunle Faji of the Federal High Court sitting in Ikoyi, Lagos.

He pleaded not guilty to the charge preferred against him by the EFCC.

The defendants allegedly conspired with the wife of the first defendant, Funmi, to make a cash payment of $2,198,900.00 to one Ibitoye Bamidele at their residence at No. 20, Lagos University Teaching Hospital Road, Idi-Araba, Lagos.

The second defendant, Sidi, allegedly lied to an EFCC investigator, Afeez Mustapha that he was the owner of the money that the first defendant and his wife transacted with.

During the trial, the first defendant, Thomas, had filed a preliminary objection of no-case submission, saying that the lower court does not have jurisdiction in view of the earlier judgment in a fundamental case before the Court of Appeal.

Thomas, through his counsel, had also argued that the offences, which he is being charged with, were not known to the law and the prosecution had not made a case against him.

However, the prosecution counsel, Ekene Iheanacho, in his response, had submitted that the defendant had not been tried before “as the offences for which he is facing trial are created by the Money Laundering Prohibition Act.”

Iheanacho had, therefore, urged the court to dismiss the no-case submission and allow the defendants to open their case.

Justice Faji, in a short ruling, had dismissed all the grounds of preliminary objections by the defendant.

The Judge had held that “The concept of res-judicata operates in both criminal and civil matter. But with respect to criminal matter, the applicable principle is that of double jeopardy, which does not allow a person to be tried twice.

“In this case, the defendant has not been shown to have been tried before, as the facts before the court is not the same as the one at the Court of Appeal. Therefore, the first defendant’s plea of res-judicata fails.”

Consequently, Thomas had approached the Appellate Court seeking to set aside the March 13, 2020 ruling of the lower court.

Delivering judgment in the appeal filed by the former NHIS boss against the ruling of Justice Faji that he has a case to answer, Justice Abubakar Sadiq Umar, who led the panel, held that the decision of the lower court was well grounded.

The appeal court in a unanimous decision held that a prima facie case was established against him that warranted him to enter his defence in the amended seven-count charge brought against him by the prosecution.

The appellate court, therefore, upheld the decision of the lower court and called on the defendant to open his case, adding that

“With respect to the offences in the charge, the Judge held that the charges re-instated the element of the offences as created under Section 15 of the Money Laundering Prohibition Act and, is therefore, valid.”