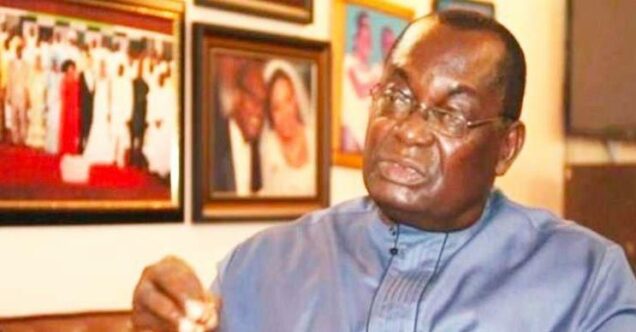 The children of Dr John Chike Akunyili have revealed that their father had in his skull a bullet that was at least 51 years old, before the fatal gunshot on Tuesday in Anambra state.

The bullet was embedded in the skull as a result of the gunshot wound sustained during the Nigerian Civil War, between 1967 and January 1970.

In a moving tribute to their dad, the six children disclosed that their dad fought in the war, on the Biafran side.

“As a young man, he fought as a soldier in the Biafra war. A war that earned him a bullet that stayed lodged in his skull ever since.

“From this experience of violence and death, he went on to become a doctor saving thousands of lives — a powerful testament to his journey through life”, the children said.

Perhaps the whole life injury informed his passion for medicine.

As the children said: “He was a healer. A passionate surgeon, Dr. Chike was the Medical Director at St. Leo’s Hospital in Enugu.

“For decades he served countless people, many of whom he cared for and healed at no cost. His one request was always that they paid it forward.

He started his healing journey in the north where he built and ran a mobile clinic in Jaban Kogo.

“For many months, he lived and worked among the people, studying and becoming fluent in Hausa to better serve his patients. His commitment to providing healthcare to that community earned him the National Youth Service Merit Award.”

All the six children of Chike and Dora Akunyili signed the tribute, which was shared by No. 2 child Dr Edozie Akunyili.

Obumneme who was the last child that saw his father alive, works as the director-general of Anambra State Project Management and Monitoring Office.

He told BBC Pidgin that his dad was shot in the face by gunmen who opened fire on his vehicle at Nkpor, Anambra State.

“His driver and a Police officer assigned to him also died in the shooting. A cousin survived and is being treated in hospital,” Obumneme added.

They were driving back from the town of Onitsha in Anambra state after attending a posthumous honour for Dora by UNN Alumni Association.