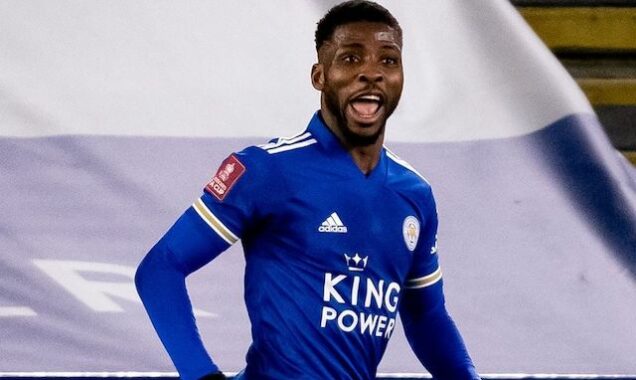 It was another blow to the English side’s hopes of reaching the knockout stages.

Iheanacho was listed in Coach Brendan Rodgers squad to face the Polish team, but he was barred from entering over documentation issues.

Legia now top the standings on a maximum six points, three ahead of Spartak Moscow who fought back to beat Napoli 3-2 away in a pulsating game after falling behind in the first minute.

Ayoze Perez missed two first-half chances for Leicester, who were punished for slack defending in the 31st minute when Daniel Amartey failed to clear the danger and Mahir Emreli fired in a precise shot off the post.

In Italy, Napoli made a dream start when midfielder Eljif Elmas scored after 11 seconds, drilling the ball in from 12 metres after Spartak keeper Aleksandr Maksimenko spilled a cross into the midfielder’s path.

But that was as good as it got for the Italian league leaders after defender Mario Rui was shown a straight red card in the 30th minute for a studs-up challenge on Victor Moses, who engineered Spartak’s equaliser.

The Nigerian rounded his marker and squared the ball to Dutchman Quincy Promes, whose shot took a deflection off Kalidou Koulibaly into the bottom corner.

Substitute Mikhail Ignatov turned the match on its head in the 80th minute when he side-footed home a sweet shot from the edge of the area to cap a flowing move by the visitors, who had Maximiliano Caufriez sent off a minute later.

Promes made it 3-1 with a tap-in from close range before Victor Osimhen pulled one back in stoppage time, too late to spare Napoli coach Luciano Spalletti his first defeat since taking over in May.

Napoli and Leicester have one point each from two games.

PSV Eindhoven brushed aside hosts Sturm Graz 4-1 and Monaco were held to a 1-1 draw at Real Sociedad in Group B.

Olympiakos Piraeus romped to a 3-0 win at Fenerbahce on the back of a Giorgos Masouras brace, and a stoppage-time penalty by substitute Goncalo Paciencia gave Eintracht Frankfurt a 1-0 win at Antwerp in Group D.