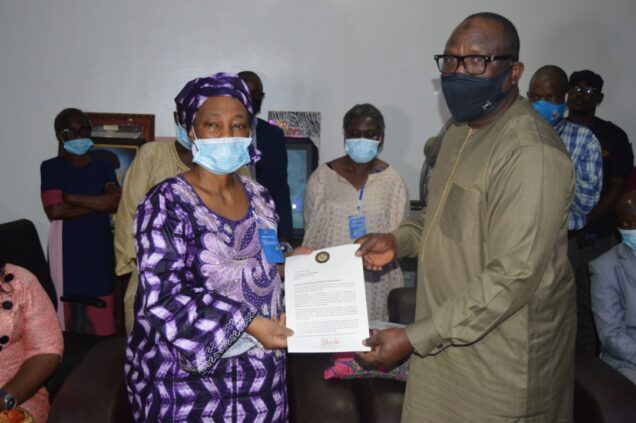 The Lagos State Government has expressed a sense of loss over the death of the former General Overseer of the Foursquare Gospel Church of Nigeria, Late Reverend Wilson Badejo who passed away on 7th August, 2021.

Governor Bababjide Olusola Sanwo-Olu during a condolence visit to the Church’s headquarters and widow of the late clergyman, described Badejo as a distinguished man of God, a great achiever, role model and accomplished teacher of the word of God who lived a life of unparalled humility, served the State Government meritoriously as the Chairman of the Lagos State Christian Welfare Board between 2001 and 2010.

Sanwo-Olu, who was represented by Commissioner for Home Affairs, Prince Anofiu Elegushi stated that the late Reverend was a strong pillar in the Christian circle and contributed immensely towards religious harmony in the State through his socio-cultural disposition.

He added that Badejo dedicated his life to the expansion of God’s kingdom which materialized into planting of thousands of churches during his time as the General Overseer of Four Square Gospel Church Nigeria.

Sanwo-Olu, who prayed for the repose of late Badejo also encouraged the widow, Mrs. Oluyinka Badejo to be strong as her husband left a good legacy and had inspired so many lives both home abroad.

In her response, Mrs. Badejo thanked the entourage of the governor for the gesture extended by the Lagos State Government even through out the lifetime of the Reverend, adding that it was a privilege for her late husband to have served the State.

Earlier while receiving the delegation, the National Secretary of the Mission, Rev. Yomi Oyinloye commended the State Governor and assured that the Foursquare Church would continue to cooperate and partner with the State government in all areas while also commending the giant strides of the Sanwo-Olu’s administration in providing a better life for residents of the State.

According to the National Secretary, the burial arrangement of the Badejo would run from October 6th to 8th with viewing centres in all district headquarters across the nation.