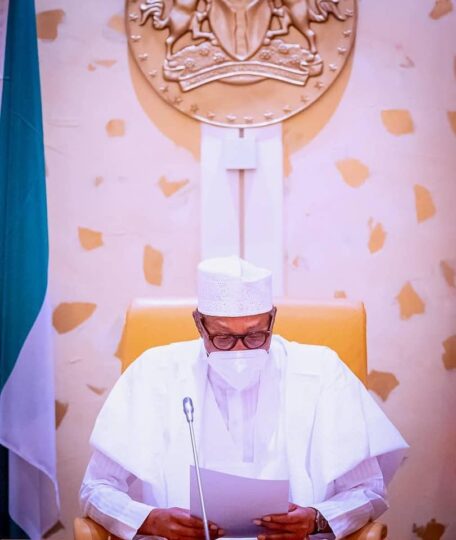 President Muhammadu Buhari has saluted the gallant men and women of the military and other security agencies for recording “tremendous progress’’ in the ongoing battles against insurgents and bandits across the country.

He also revealed efforts to strengthen the manpower of the security agencies.

He said the Armed Forces had recruited over 17,000 personnel across all ranks to support the fight against bandits and insurgents.

He also said that approval has been given to the Nigeria Police Force to recruit 10,000 personnel annually over the next six years.

The president stated this in a nationwide broadcast to mark Nigeria’s 61st Independence Anniversary, on Friday in Abuja.

He attributed the successes being recorded by the security agencies to the acquisition of sophisticated weapons by the government.

The president said already, thousands of Boko Haram insurgents in the North East zone had surrendered.

“In the last four months, the gallant men and women of the military and security agencies have made tremendous progress in addressing these new security challenges.

“We are taking the fight to our enemies from all angles and we are winning.

“Earlier this year, I launched the Integrated National Security and Waterways Protection Infrastructure, the Deep Blue Project, which is designed to secure Nigerian waters up to the Gulf of Guinea.

“I am happy to inform Nigerians that we have taken delivery of key assets for this project and very soon, its impact will be felt.

“I am also pleased to note that most of the Air Force platforms we acquired over the past three years have started to arrive in Nigeria.

“These will positively impact our security operations in all parts of the country,’’ he said.