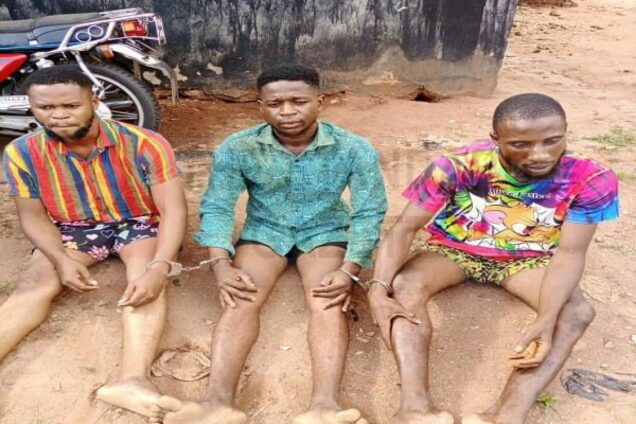 Edo State Police Command has confirmed the arrest of three suspected cultists who were involved in the assault and dehumanizing of a TikTok social media user, simply identified as Olivia.

Names of the suspects are given as Omozejele John (29), Smart Ogbeide (29) and Tajudeen Afesume (30).

They were arrested at various quarters in Upper Mission Extension area, in Benin.

A statement from the Police State Command’s spokesman, SP Kontongs Bello, said the State Commissioner of Police, Philip Aliyu Ogbadu, directed a discreet investigation and intelligence base approach to unravel those behind the dastardly act, following the viral video clip where some young men were seen assaulting and dehumanizing a young lady.

“During the cause of information and intelligence gathering, the following suspects were arrested at different locations in Benin City.

“The three suspects arrested have all confessed to the crime and further confessed to being members of Aye Secret Cult.

“They are presently cooperating with police investigations and are already providing useful information that will lead to the arrest of other cult members on the run.

“The Commissioner of Police has directed the suspects be charged to court, vowing that cult groups and other criminal elements will not be allowed to operate in the State, the statement said.