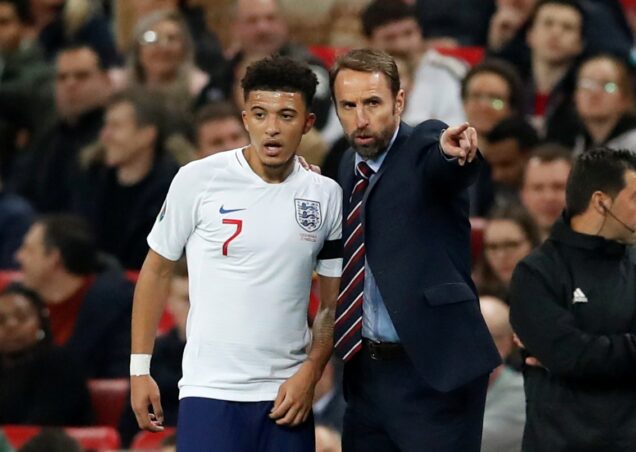 England manager Gareth Southgate has admitted Jadon Sancho doesn’t necessarily deserve his place in the latest national squad with his slow start as he returns to Manchester United.

The 21-year-old has been a regular in England senior team in recent years following his breakthrough at his former club Borussia Dortmund.

He was part of the squad defeated by Italy in the Euro 2020 finals. However, since he returned to Old Trafford, his playing time has been limited.

The winger is yet to provide either a goal or assist for his new club since he returned.

Southgate admitted as he selected his latest squad for the World Cup qualifiers against Andorra and Hungary, that the winger doesn’t exactly deserve his selection – though England do believe in him and are willing to work hard to recover his best form.

“Does he deserve to be in on these performances over the last few weeks? Well probably not,” he said. “But I think we feel we have invested in Jadon over a period of time, we believe he can get to a high level.

Southgate went on to admit that the player will need time to adapt given the step up from the Bundesliga to the Premier League.

“With Jadon I’m not surprised, really,” he added. “The Bundesliga is totally different, Dortmund is a big club but Manchester United is one of the biggest in the world.

“There’s some adaptation to that, there’s a definite adaptation to the league, you’re not going to get the goals and assists numbers anywhere near in our league, that you are in the Bundesliga.