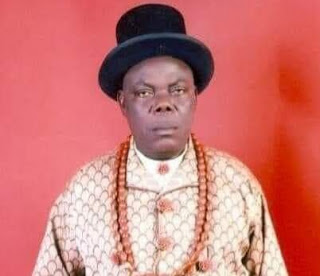 The Police Command in Bayelsa has confirmed the release of Chief Gbalipre Turner by his abductors.

The 70-year-old father of the Chairman of Ogbia Local Government Area of Bayelsa, Mr Marvin Turner, was abducted on Sept. 5, at Kpansia, Yenagoa.

In a statement on Saturday, the command’s Public Relations Officer (PRO), SP Asinmi Butswait, said the victim was released at Oluasiri, Nembe Bassambiri, in Nembe LGA of Bayelsa.

Butswait said that the victim was hale and hearty and had been reunited with his family.

He said that Police operatives had earlier mounted pressure on the kidnappers which led to the release of the victim.

He added that the suspects had been identified and efforts were ongoing to apprehend them.

Butswait explained that the Commissioner of Police, Bayelsa Command, CP Echeng E. Echeng, had ordered officers to sustain the ongoing investigation to arrest the suspects.