I have not thought about dating Saga –Nini 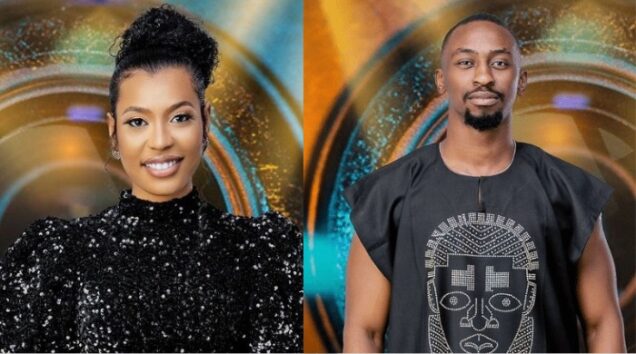 Recently evicted Big Brother Naija Shine Ya Eyes housemate, Anita Singh, popularly known as Nini, has spoken about pursuing a romantic relationship with Saga, her closest colleague in the show.

According to the poet and fashion designer, she and Saga have not had any conversation about dating each other.

She was interviewed by Saturday Beats.

Nini said, “Saga and I have not had any conversation about dating each other, so I have not thought about it. But, if we ever get to have that conversation; maybe, I would see our friendship in that light.

“In terms of the qualities I like about him, Saga is very attentive, caring and very intelligent. He is also very funny and spontaneous,” she added.

She also stated that though she had spoken with her boyfriend after leaving the competition, they had not had any in-depth conversation.

She said, “I have spoken with him. I just got out of the house and I have been really busy, so I have only had surface conversations with him. But, we are good.”

Nini also admitted that she felt bad for making Saga, cry during the competition.

Days before she was evicted, Nini was taken to a secret location in the house and made to pretend like she had left the competition.

This made Saga to cry and put him in a melancholic mood throughout her absence.’

“I felt like I overdid it by putting the effects and certain thoughts in his head. But, I had to do a good job (with the task) because Big Brother had earlier punished us for Saga failing his task,” she said.

“I knew I was going to come back (to him) and let him know I had to do it for us because we did not want any more punishment from Biggie.

“I actually felt bad and I told Big Brother that he was punishing Saga. But at that point, I couldn’t do anything but complete the task.”

On if she would be able to sustain her friendship with Saga, Nini said,

“We might not be able to continue at that pace because we would be so busy and would not be locked in one place together all the time.

“However, I intend to keep the same energy.”

Nini also maintained that she didn’t go into the house with any strategy and had no regrets about her actions while in the competition.

Revealing her business plans after the show, she said, “I intend to launch a physical store in Abuja for my fashion brand and if everything goes well, I would launch another one in Lagos.

“Also, I would grab every good thing that comes my way for my modelling and other activities. I am a businesswoman, so I would be doing a lot of business.”

She also stated that she was rooting for Whitemoney, and Liquorose, to win the show.