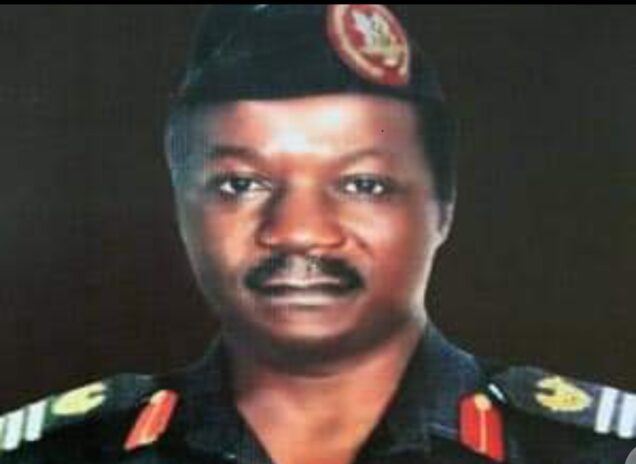 Gov. Ifeanyi Okowa on Saturday in Asaba condoled with the Kefas family and Taraba over the demise of former Military Administrator of Delta, retired Air Commodore Ibrahim Kefas.

Kefas was from Wukari in Taraba. He reportedly died on Friday at an Abuja hospital after a brief illness.

In a statement signed by Mr Olisa Ifeajika, his Chief Press Secretary, Okowa also commiserated with the Wukari community over the sad incident.

He said late Kefas was a renowned officer, administrator and politician, who was PDP chairman in Taraba after retirement from the military.

He said that the deceased distinguished himself as Military Administrator of Cross River and Delta states between 1993 and 1996.

According to the governor, as a military administrator, the departed Kefas contributed immensely to the development of the states where he served.

“The late Kefas was an accomplished officer, administrator and statesman, who will be remembered for epitomising service and patriotism in Nigeria’s development while in service.

“He will be deeply missed by all who knew him, particularly those whose lives he impacted,’’ Okowa said.

The Delta governor prayed to God to accept the deceased’s soul and grant fortitude to the family and associates to bear the loss.