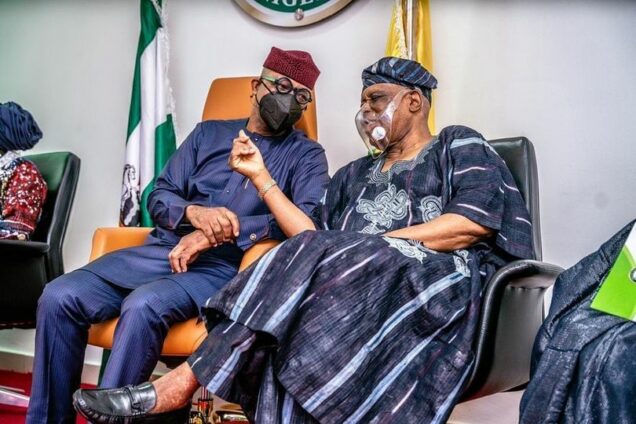 The knee replacement surgery was a major one, Chief Osoba told a Nigerian newspaper.

Governor Dapo Abiodun also congratulated the former governor on the success of the surgery in a statement on Friday.

Abiodun in the statement signed by his Chief Press Secretary, Kunle Somorin, noted that Osoba who went under the knife on Thursday was recuperating well.

Governor Abiodun during his recent trip to the UK visited the former governor ahead of the surgery and also spoke to him before the operation, the statement noted.

He said that Osoba was in high spirit.

“Our Baba, Chief Olusegun Osoba, underwent knee replacement surgery in the UK and we thank God that it went well, as he is now fine and in perfect condition.

“He spoke to me that he would have loved to be present at the independence celebration, but for the surgery.

“He is not here physically to be part of the celebration, but he told me his heart is with us. He sent his words of admonition and encouragement and asked Nigerians not to lose hope in Project Nigeria.

“Even in his condition, Baba offered prayers for Nigeria in general and Ogun state in particular”, the statement read.