Suarez compounds Koeman's misery with a strike against Barca 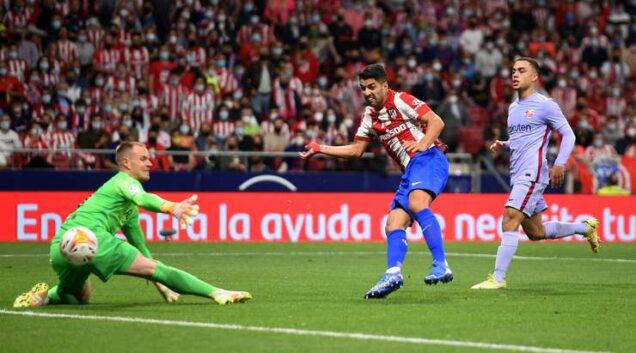 Atletico beat Barcelona 2-0 and compound Ronald Koeman’s woes as he faces sack, with his team in tatter following series of embarrassing defeats.

Suarez, who was unceremonious sent out of Barcelona by Koeman’s influence came back to haunt them.

Buoyed by their UEFA Champions League win against AC Milan, Atlético looked the more threatening side in this match, with Thomas Lemar sending a shot wide after some nice linkup play within 10 minutes.

The 25-year-old didn’t waste another opportunity to open the scoring, clinically firing past Marc-André ter Stegen in the 24th minute, after João Félix and Luis Suárez teamed up to split the Barcelona defence wide open.

Both teams could have easily added the game’s second goal by the half-hour mark, but Philippe Coutinho sent a half-volley marginally wide, while Suárez uncharacteristically missed the target from inside the box.

Just like Lemar, the Uruguayan came good the second time around, as he coolly slotted the ball into the back of the net after being played through by the Frenchman just before half time.