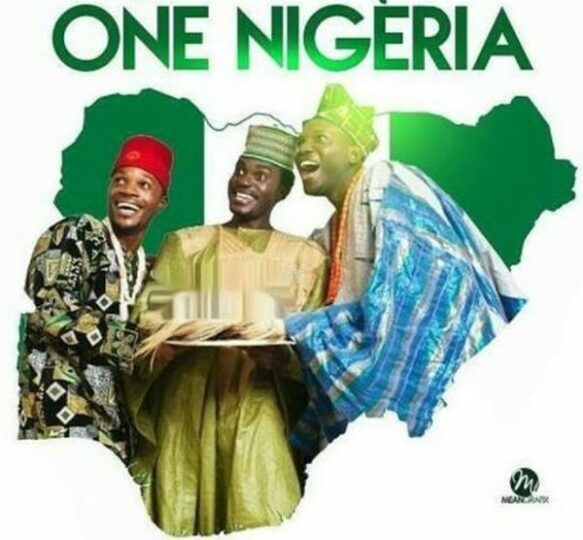 A group known as “One Nigeria group, One Nation, One People”, has cautioned Nigerian leaders to stop making statements capable of bringing division of the country.

The group made the call on Friday in Abuja at a rally to celebrate the 61st Independence Anniversary of the country, as well as to throw its support for one indivisible Nigeria.

Speaking during the rally, the president of the group, Mr Muhammad Hassan, particularly called on Nigerian politicians who are inciting troubles with their statements to stop, adding that, one Nigeria is what it wants.

He called on well-meaning Nigerians to be patriotic in their dealings, stand firm and support the unity of the country.

“The implication of what some politicians are saying about this country is grave, and this is what is bringing this country to some of the challenges it is facing at the moment.

“Some politicians are talking about bringing the president from a particular section, all these issues must come to an end. What we need is a true Nigerian president come 2023.

“It doesn’t matter where he or she comes, what we want is to remain one indivisible nation,” he stressed.

Hassan pointed out that there was no ethnic group that has been sidelined in terms of appointment by the present administration, adding that those bringing up such an issue are doing it to cause trouble.

He stated that President Muhammadu Buhari had been instrumental to Nigeria’s development, especially in the areas of commerce and governance.

According to Hassan, the appointment of some Nigerians into notable organisations of the world were all instrumental to President Buhari, and called on those peddling rumour of ethnicity and one-sided appointment to stop.

He listed the appointment of Mrs Ngozi Okonjo-Iweala, as the Director General, World Trade Organisation (WTO), Akinwumi Adesina, President of the Africa development bank, and Amina Mohammed as Deputy Secretary General of the United Nations as some of the appointments worked by the president.

Comrade Adamu Matazu, President, Arewa Youth Foundation, noted that the group is against the individual or group of people who want to divide Nigeria, saying that Nigeria’s unity is not negotiable.

According to him, one Nigeria group does not support the misguided believe of those who want the divisibility of this country, and that such people are not rational in their thinking.

He called on those calling for division to visit the history of the Nigerian civil war, and learn from the impact of such a war.

“We are ever ready to support the security agencies to go any length to bring any agitator who are willing to subvert the security of our country, we are solidly behind the president and the nation.

“The Constitution has given anybody the right to aspire for president of this country, we condemn in totality the attempt by some people to zone the presidency.

“We are not going to accept that, we are for one Nigeria,” he said.

He also appreciated security agents for brazing up to the security challenges of the country.