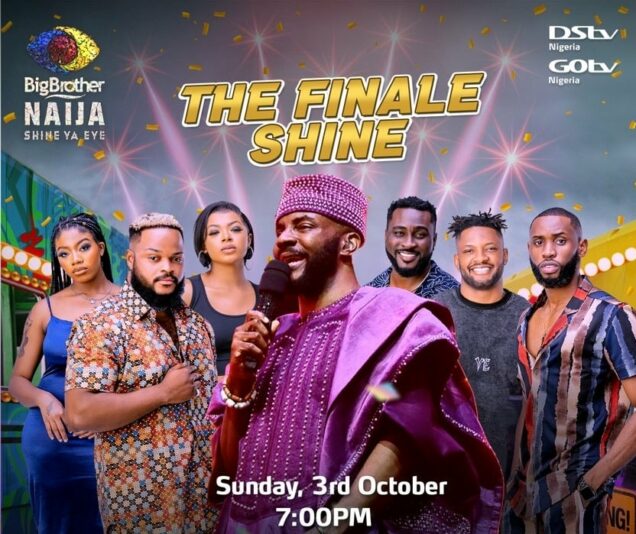 The Big Brother Season 6 titled “Shine Ya House” will finally come to an end today after twelve weeks.

However, Who will win the N90m star prize? is the biggest question on the lips of fans of the show.

Whitemoney, Liquorose, Pere, Cross, Angel and Emmanuel are the six housemates who stand a chance for the ultimate grand prize.

social media activities and permutations showed that their fans are really working hard to ensure victory for their favourites.

Many Nigerian celebrities are also backing the trio. But nothing is certain until 7 pm Nigerian time when the finale event will commence.

However, aside from the announcement of the winner, there are other things to look out for tonight.

BBNaija organisers will be rolling out the red carpet for some hot acts with undeniable star power for tonight’s Live Show.

Top on the list is last season’s BBNaija champ Laycon, who makes a much-anticipated return to his old stomping ground for a once-in-a-lifetime appearance.

Lojay, Ajebo Hustlers, Avala, Imagneto and Made Kuti will also be performing tonight.

Lights, camera, action! There’s nothing better than the BBNaija stage – and tonight will definitely be bigger and better.

BIG artists, but also, big feels! Why? Because tears of joy and maybe some tears of disappointment when the Season 6 winner is announced tonight.

If it’s glamour you want, it’s glamour you’re going to get! What is a BBNaija Finale without the sheen and sparkle we’ve come to expect on the biggest reality show on television?

BBNaija will definitely be giving all that and then some tonight.