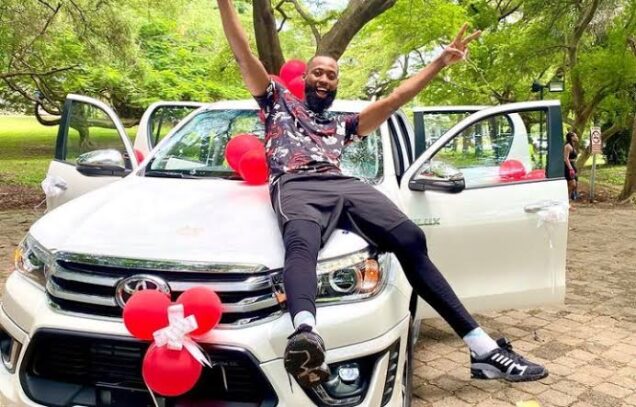 Tochi who was a lockdown edition housemate of the reality show took to his Instagram to share pictures of the truck.

The gift was given to the reality star by Natestautos, a firm into buying and selling of Toyota cars.

Tochi’s car gift comes days after a troll called the ex-BBNiaja housemate a failure despite featuring in the popular reality TV show.

Nateast autos while presenting the car to the reality star debunked the claim by the troll noting that Tochi was not a failure but a hardworking and lowkey guy.

The group in their post on Instagram noted that the troll inspired them to give the star a gift emphasizing that he was not a failure.

In Tochi’s caption, he thanked God for the gift noting that God works in mysterious ways.