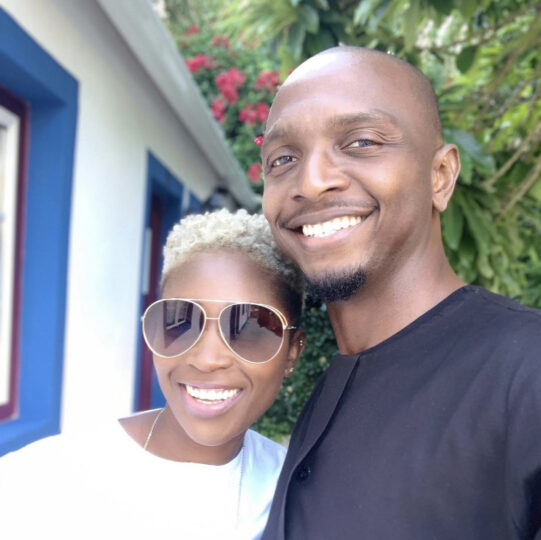 The anniversary is being marked today, 3 October 2021.

IK took to social media to share pictures of his and his wife and write sweet posts about her to mark the day.

The media personality made 13 promises to his wife in his post: “Thirteen years later

“I want to promise you a few things about the years to come:
1. I’ll never leave home without letting you know I love (even when I’m upset with you)
2. I’ll always tell you how beautiful you look (I’ll occasionally lie to emphasize this point but not much)
3. I’ll never try to change you (Maybe improve you but not change you)
4. I’ll make more of an effort to read the emails from school (they too should try to reduce them)
5. I’ll try harder not to ruin your diets
6. I’ll work hard to make sure that travel dream you had is sorted
7. I’ll keep rubbing that your dirty back till I fall asleep (but seriously we should check that out)
8. I’ll try to stop complaining about the nasty reality shows you watch
9. I’ll let you do you on holidays. You can stay indoors all you want. 🙄
10. I’ll keep loving and grabbing that your South African spec ……….
11. I’ll continue to teach you to unlock your inner nasty girl
12. I’ll cover the areas where you struggle
13. I’ll always love you. ALWAYS.

Olohije on her part thanked him for all he does for her in her Instagram page, calling him her major support.

“Major Support for the last 13! You spoil me with your ACTS OF SERVICE!

“From the “I’m heading back home, do you need anything from this side?” To the “Focus on what you need to do, Don’t worry, I’ve got the kids”. 😮‍💨

“And also the “Don’t worry, I’ll do the school runs”, y’all will think this is nothing until you realise you’ve been spared perhaps hours of commute(Lagos traffic giving me side eyes 👀).

“You are VERY KIND, thank you. May you experience many of God’s “Don’t Worry, I’ve got you”.

Olohije and IK were friends for four years before dating for a year, and eventually getting married in a church ceremony on 3 October 2008 in Lagos.