How Lagos is deploying innovativeness to tackle environmental challenges 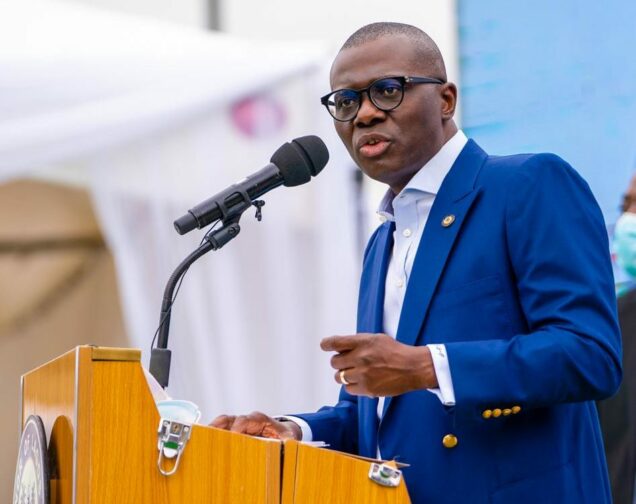 The Governor of Lagos State, Babajide Sanwo-Olu has reaffirmed the resilience and innovativeness of the State in tackling environmental challenges confronting her development as a low-line, coastal Megacity.

Speaking during the World Habitat Day Celebration at Adeyemi Bero Auditorium, Secretariat, Alausa, Ikeja on Monday, the Governor noted that in line with the celebration theme “Accelerating Urban Action For Carbon-Free World”, Lagos State, through compact city planning, aimed at emission reduction by targeting critical sectors such as housing, transactions, energy and waste management, among others.

Sanwo-Olu, who spoke through the Secretary to the State Government, Mrs. Folashade Jaji said: “as a result, we have retrofitted our economy by adopting energy saving alternatives as a decisive step towards reducing carbon footprint in the State.”

He added that initiatives like Tree Planting Campaigns, landscaping and beautification of open spaces, climate change advocacy summits and the promotion of waste recycling have become institutionalised in response to the scourge in Lagos State.

Noting the inherent opportunities in Climate Change in the State, Sanwo-Olu said that his Administration recently signed the N25bn Green Bond Market Agreement to galvanize the financial sector in providing viable financing options for green and sustainable projects in areas such as climate change adaptive transportation, housing, health and agriculture, among others.

He added that efforts to address climate change were necessary to maintain the competitive edge of the State as a Megacity, an international gateway and a business hub.

Earlier, the Commissioner for Physical Planning and Urban Development, Dr. Idris Salako stated in his welcome address that successive topics of the celebration had underscored the importance of the environment, particularly the built environment, as a superstructure interconnecting with other important sectors.

Whilst calling on stakeholders to reflect and take progressive steps forward in the Vanguard of a livable and sustainable city that is carbon-free and climate resilient, Salako stated that the theme of this year’s celebration was a clarion call for actionable plans and strategies for the achievement of a truly sustainable world for all.

She called for proactive measures in accelerating action for a carbon-free State through sustainable measures in transportation, energy, agriculture and other areas.