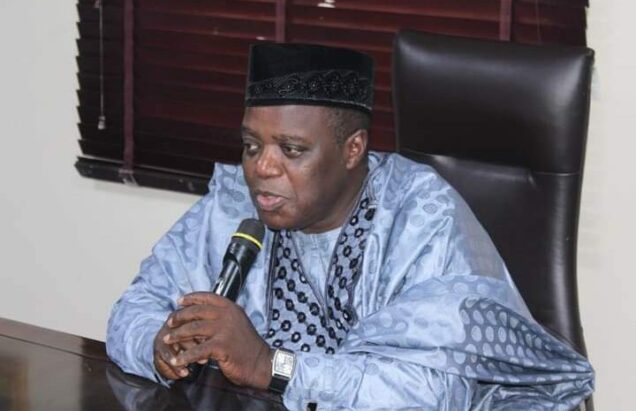 Malam Balarabe Ilelah, the Director-General, National Broadcasting Commission (NBC) has urged radio and television stations not to be agents to destroy the country.

He gave the warning in Abuja on Monday.

The director-general spoke while presenting letters of provisional approval to newly licensed companies, organisations and institutions of higher learning at the commission’s headquarters in Abuja.

Ilelah explained that no fewer than 300 applications for radio and television stations were recommended to President Muhammadu Buhari through the Federal Ministry of Information and Culture for approval.

“We thank President Muhammadu Buhari for granting you the permission and trust to operate radio and television stations in Nigeria.

“You went through a very rigorous security check. A total of almost 300 applications for radio and television stations were sent to the President through the Federal Ministry of Information and Culture for approval.

“However, we have 65 applications that are still pending with the President and we will soon get them pending how and when they finished.

“And seven applications were rejected for the best reason known to the security,” he said.

Meanwhile, he enjoined them to live up to expectations and operate within the provision of the National Broadcasting Code to avoid being deviated.

“You must avoid sensational and fake news. It is one of the issues that we are fighting now in media houses in Nigeria. Do not be carried away by religious or ethnic sentiment.

“Do not be carried away by the desire to be the first to carry the news. Once you are being driven by that you will always be on the wrong side.

“You must not allow your stations to be used as platforms to destroy Nigeria. You must use your license to build and not to destroy the nation,” he said.

Although, he warned that the commission would not hesitate to revoke any license that operates contrary to the provision of the law.

“This license is not granted to jeopardise national security, but to promote national interest and foster unity in our diversity.”

Responding, on behalf of the licensees, Prof. Mohammed Yahaya, Founder, ENUMAN Community Radio, Bida, Niger, assured that they would justify the confidence that the presidency reposed in them by abiding by the broadcasting code.