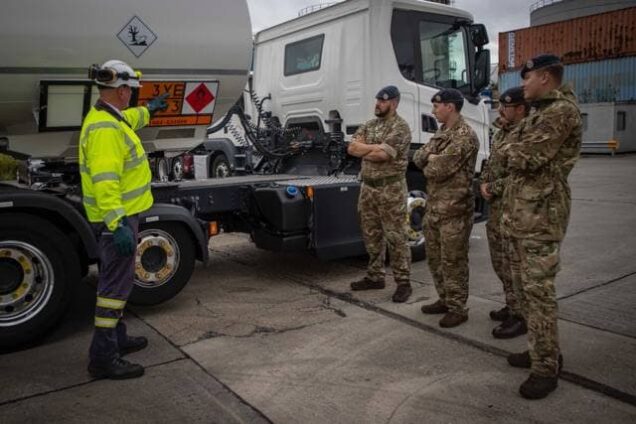 Soldiers in the United Kingdom have started supplying petrol stations with fuel on Monday as the country continues to struggle with shortages.

Tanker drivers from the military underwent training over the weekend to deliver fuel across the country starting today.

The UK government had on Friday said almost 100 tanker drivers will be deployed from this week to “further relieve pressure on petrol stations and address the shortage of HGV (Heavy Goods Vehicle) drivers.”

Using military personnel is one of the emergency measures announced by the government to address the fuel crisis.

The fuel shortage crisis has been ongoing for two weeks in the UK.

It began when BP PLC, was forced to temporarily close some of its service stations earlier in September, for the second time, because of a shortage of tanker drivers.

The closure of stations triggered a spate of panic buying by British motorists.