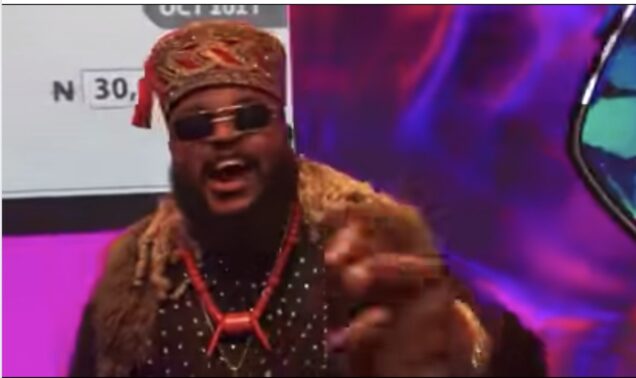 Whitemoney, with the real name Hazel Oyeye Onou, on Sunday, Oct 3, 2021, emerged as the winner of Big Brother Naija season 6.

Before coming into the Big Brother house, Whitemoney was a self-acclaimed Nigerian businessman, comedian, musician and actor.

He was born on the 6th of June, 1992, and hails from Awhum town in Udi Local Government Area of Enugu State, Nigeria.

He was no doubt one of the most talked-about housemates on the show.

Whitemoney’s winning was achieved through the love he amassed for himself from Nigerians and Africans alike throughout his stay in the house.

Fans of the show expressed so much likeness and fondness for Whitemoney over the course of the 72 days the show lasted.

The ‘Shine Ya Eye’ season was filled with different shades of drama, fun and controversies.

As a most talked about housemate on the show, Whitemoney emerged winner of BBNaija Shine Ya Eye Season 6 because:

He enjoyed celebrity influence
Whitemoney caught the interest of many Nigerians from his first week in the Big Brother House because of his selflessness and willingness to cook and cleanup for his fellow housemates.

He won the hearts of many celebrities especially with the way he carried himself and proudly showcased his tradition.

Some of the celebrities who drummed support for him include Funke Akindele-Bello, Bolanle Ninalowo, Lekan King Kong, Yul Edochie, Fred Amata, Destiny Etiko, Tunde Ednut, Broda Shaggi, Cubana Chief Priest and many others. This is believed gave him an advantage over other housemates.

He has an amiable personality
You cannot shine on a show like BBNaija if you are not a people’s person.

Whitemoney connected with the housemates on different levels which were dependent on their personalities.

His love for people made him become the unofficial chef in the house. From winning tasks, trending on social media and maintaining his composure under pressure, his emotional intelligence was not in doubt.

He was perceived to be authentic
Fans and lovers of the show are known to always throw their weight behind authentic people.

In his case, Whitemoney’s personality resonated with Nigerians because they saw themselves in him.

He was perceived as someone they could connect with. And his musical ingenuity did well to endear him to Nigerians.