Wizkid, Tems' Essence hits Platinum in US, in one year [Video] 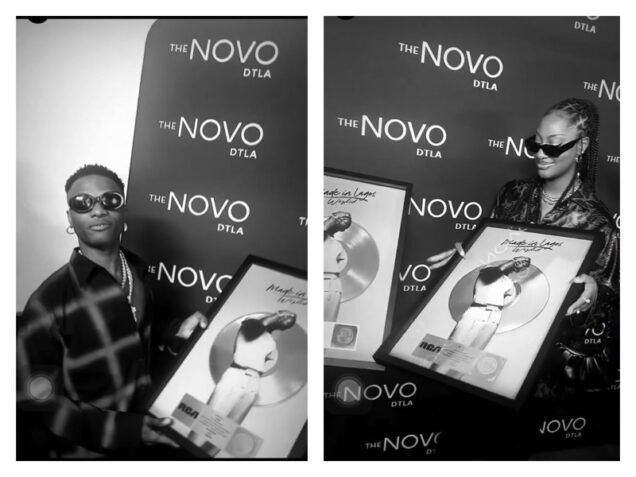 Essence, the collabo song between Wizkid and Tems have hit the platinum mark in the United States, just a year after its release last October.

It was the first afrobeat song to reach the level, in such a short time.

The artistes were presented with the RIAA Platinum plaque on Monday in Los Angeles.

Essence Remix (Feat Tems & Justin Bieber) is now the Most Streamed African Song of this Decade on Pandora with 5,260,403 streams.

It achieved this in two months.

Wizkid is appreciating the whole team behind Essence success for believing in the dream🥳🥳❤️❤️
Wiz & Tems platinum wayyyyysss🥵🥵🏆 pic.twitter.com/d1Mxr75Nzl

The song is the 11th track in Wizkid’s MIL album which is also heading for historic records.

On Sunday, Wizkid and Tems jammed together at the Lost In Riddim concert in Sacramento, California on Sunday.

The duo performed Essence together for the first time.

Tems Enters the stage in style as she perform Essense with WizKid in L.A pic.twitter.com/yyxjlyYULl