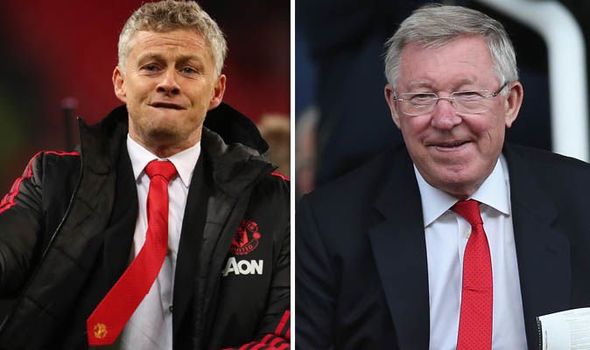 Sir Alex Ferguson has disagreed with Manchester United manager Ole Gunnar Solskjaer over his decision to limit Cristiano Ronaldo to a substitute role against Everton.

Ferguson, in a video that made the rounds on social media in the aftermath of a 1-1 result against Everton on Saturday, said Ronaldo should have started the match.

Ronaldo was brought on in the 57th minute against Everton on Saturday with the Red Devils ahead 1-0, but an Andros Townsend goal eight minutes later forced them to settle for a draw.

However, Ferguson, the most successful manager in United history, commented that “you should always start with your best players” in reference to Ronaldo’s diminished role.

The video begins midway through the conversation, with Ferguson saying: “I also think that when they saw Ronaldo wasn’t playing…”

Nurmagomedov reminds him that Ronaldo entered in the second half before Ferguson interjects, replying: “I know, but you should always start with your best players.”

Many United fans take whatever Ferguson says as near-gospel, so his influence on the club remains strong, and his hint that he disagrees with Solskjaer’s managerial approach will likely add to the pressure on the current manager.

A run of poor results has made Solskjaer a target for disgruntled supporters who feel their team should be dominating the division as they did during Ronaldo’s first stint at Old Trafford.

His choices beyond the Ronaldo management have come under fire as a result, with his affection for midfield duo Scott McTominay and Fred (aka McFred) proving particularly polarising.

Gerald Emeka: Let’s be honest, Ole isn’t good tactically even if you bring all the superstars he still can’t deliver, Man U aren’t compacted and are not playing as a team, so many misplaced passes which lead to the opponent scoring us, I think Ole has really tried to bring together this current squad but I don’t see him producing any trophy with his style of play.

Andrea Di Lan: “ManU has a great history and is a huge club! They are not coming up to Desiré level and reputation … the golden time is gone and they are struggling! There’s no carácter no spirit and definitely no football .. Regrettably, they are insisting on Solskjaer whine has failed over and over again! Man United is just a midrange team now and as long the board doesn’t act to bring a genius trainer I can see that there will be no trophies!

San L: “Maybe Ole is getting a cut from Mcfred salary…just maybe. cus I can’t understand why he keeps playing those two.”