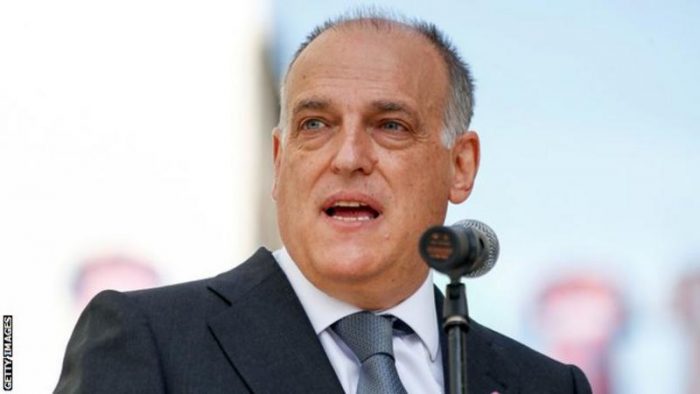 La Liga president, Javier Tebas, has revealed that Barcelona could have signed Lionel Messi instead of new players like Memphis Depay and Sergio Aguero.

The six-time Ballon d’Or winner was a casualty of the Camp Nou outfit’s financial trouble, a debt of around €1.4 billion, which hindered them from re-signing him.

According to Barca’s president, Joan Laporta, Messi would have stayed if the club accepted LaLiga’s offer to sell 10% of its business to CVC Capital Partners – a deal of around €270 million.

However, speaking on the programme ‘Partidazo’ on COPE, Tebas added that Laporta was initially keen to get the CVC deal done in order to retain Lionel Messi.

“I had dinner at Laporta’s house and he agreed to sign the CVC agreement.

“I didn’t know if Messi could renew because of that, but later I got a call [from Laporta]. ‘Can we accelerate the CVC deal? The kid [Messi] is getting nervous,” he said.

“I told him: ‘The day it comes out, Florentino is going to try and burst it.’ And Laporta told me: ‘No, no, I have character.’ Florentino’s behind it all, I have no doubt.

Speaking on the Super League, Tebas added that controversial league “is not up for discussion, nor is that the big clubs have to dominate domestic and international football. That’s not the future.”

“I’m not giving the Super League any chance of success.

“In England, they realised it was a mistake, in Germany too. The Super League is a dead issue.”