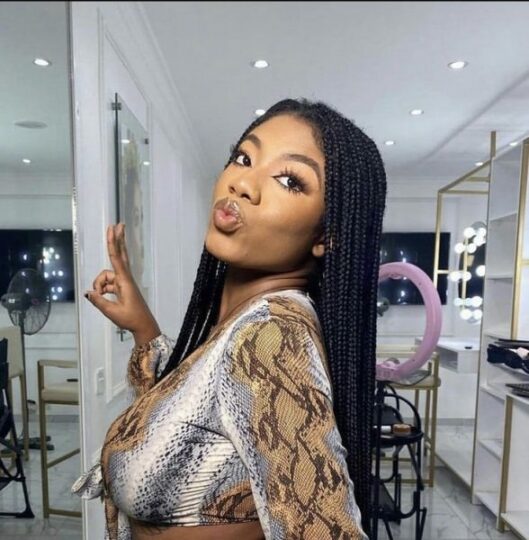 The controversial ex-housemate first unfollowed Emmanuel. Angel also went on to unfollow Nini, Michael, and Jackie B on the photo and video sharing app.

Angel might have watched clips of these housemates who have in one or two occasions thrash-talked about her in the house.

During the show, Jackie B in a conversation with JayPaul said Angel hid a shoe she borrowed from her and refused to return it even after asking her several times.

Jackie B also revealed that the excuse Angel gave was that she doesn’t know where she kept the shoe.

She however said that Angel brought the shoe back after several hours, insinuating she stole it, adding that Angel was equally the one that stole Peace’s wig.

Also, in a chat with Maria and Pere, Michael voiced his desires and said that if he wanted, he would “f*ck the sh*t out of Angel” but that he wouldn’t.

According to him, Angel is a freak, and he detests her flirty nature, as he gave more reasons why he can’t date her outside the house.

Nini, Maria, and Peace had also mentioned that Angel carried herself in the house like a big girl, while her downside is so messy, adding that her dirtiness made her gain more enemies.