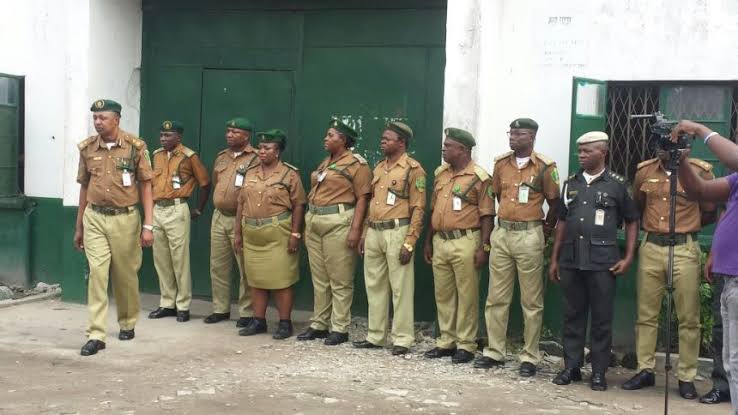 The Presidential Advisory Committee on Prerogative of Mercy has begun assessment of prisoners in Lagos State for pardon by President Muhammadu Buhari.

Mr Abubakar Malami (SAN), the Chairman of the committee and Attorney-General of the Federation and Minister of Justice, kicked-off the exercise at the Ikoyi Correctional Centre.

Malami was represented by Mrs Leticia Ayoola-Daniel, the Lead at the committee sitting.

He said that about 300 inmates would be scrutinised in Lagos State while 80 would be considered for pardon.

He, however, said that the pardon would depend on whether the inmates under consideration would meet the criteria.

The minister said that the criteria included critical illness, old age and more than 10 years in custody.

The committee was inaugurated on 28 Aug. 2019, to assist the president in the discharge of his responsibility of granting pardon to deserving convicts as provided under Section 175 of the 1999 Constitution.

Malami said that the prerogative of mercy covered federal offences alone including bunkering.

The minister said that the committee was reconvened on 28 Sept. to carry out the task in all the six political zones.

Malami said: “It is noteworthy to mention that the committee was reconvened bearing in mind the importance of the mandate of the committee.

“I am using this opportunity to express this committee’s appreciation to our partners in the exercise: Governor of Lagos State, Mr Babajide Sanwo-Olu, Minister of Interior, Mr Rauf Aregbesola, and controller-general of the Nigeria Correctional Service, among others,” he said.

Malami said that the committee had earlier visited Kuje Custodial Centre in Abuja, where about 40 inmates had been scrutinised.

He said that about 300 inmates would be assessed in Lagos State.

“However, only 80 names of inmates who meet the criteria, both males and females, would be submitted to the National Council of States for onward recommendation to President Buhari,” he said.