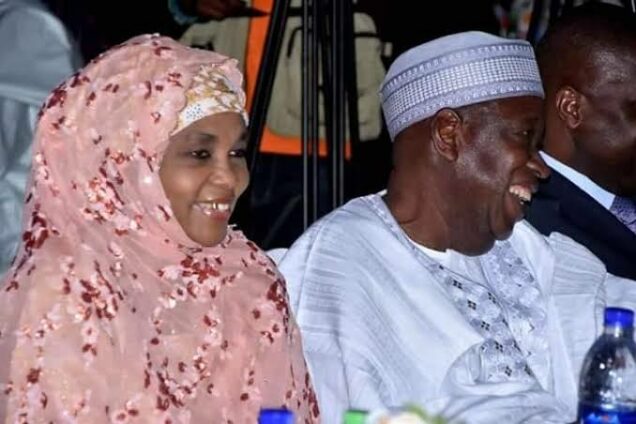 Several news outlets on Tuesday reported that she was arrested by the EFCC for some fraud.

According to reports, her son, AbdulAzeez Ganduje had levelled allegations relating to land fraud in a petition against her.

The report claimed she was arrested for snubbing the EFCC’s invitation.

A statement by the Commissioner for Information, Malam Muhammad Garba, expressed regret that the content of the unfounded story could not be attributed to any credible source.

He described it as mere rumours being peddled by mischief-makers.

According to him, the fake story is being peddled on social media platforms without confirmation from either the government or the EFCC.

Malam Garba clarified saying that the governor’s wife has/had not been arrested or detained and is presently discharging her responsibilities.

Thereafter, he called on the good people of the state to disregard the rumour, urging them to remain calm.

However EFCC spokesman Wilson Uwujaren was only invited to respond to the petition by her son.

Uwujaren said the woman was not arrested.