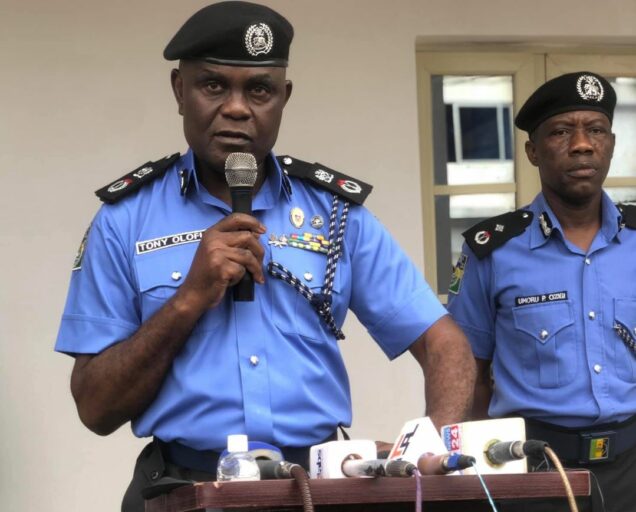 The Inspector-General of Police, Usman Alkali Baba has sacked Tony Olofu, as the commissioner of police in Anambra state, with immediate effect.

Olofu who was posted to the state mid September as the 31st police commissioner, was immediately replaced with Echeng Eworo Echeng.

Olofu has been redeployed to the Force Headquarters, Abuja.

The IGP has also ordered the deployment of a detachment of NPF Special Forces to Anambra State to bolster and complement the ongoing peace-building efforts of the Nigeria Police Operation Restore Peace in Anambra State.

The IGP expressed concern about the renewed incidents of attacks on innocent individuals and symbol of state authority in the State.

He thus ordered the new Commissioner of Police to mobilize both kinetic and non-kinetic law enforcement and crime fighting approaches to reverse the negative trend, reclaim public spaces from hoodlums and restore public peace in the State.

CP Echeng was the Commissioner of Police in-charge of Bayelsa State.

He holds a First Degree in History from the University of Maiduguri.

The IGP has charged Echeng to work with other Stakeholders and patriotic forces in Anambra State to restore law and order, leveraging on his professional experience.

The IGP also called on Ndi-Anambra to support and cooperate with the new Commissioner of Police in his task of protecting the lives and property of all.