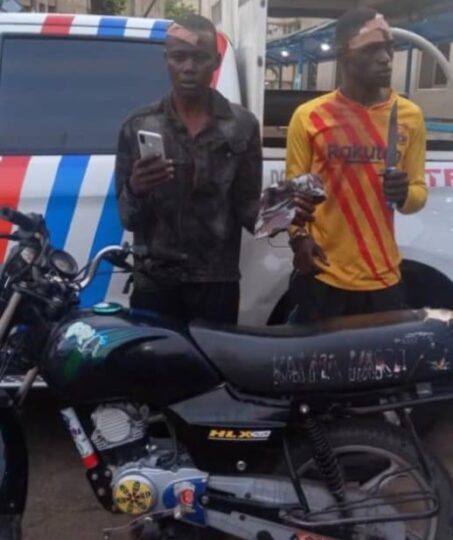 According to a statement on the RRS Facebook page, the suspects were members of a three-man robbery gang and they were arrested around 10pm on Friday night after attempting to rob a lady.

The victim’s screams attracted the RRS officers who were on routine patrol of the area; the officers chased and apprehended two of the criminals, who attempted to escape on motor bike.

Recovered from the robbers were; a TVS motor bike with registration number, KFS 704 QW, a long knife, a police camouflage fez cap, an android phone and sums of cash belonging to the victim.