MSF condemns killing of its nurse in Zamfara 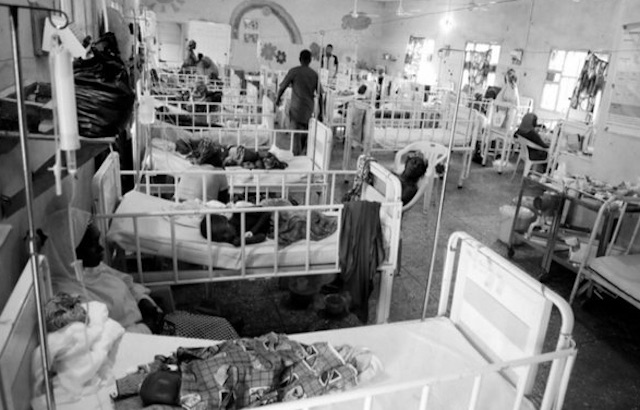 Medecins Sans Frontieres (MSF), the medical charity, has condemned the killing by gunmen of a nurse it employed in Zamfara in northwest Nigeria, the epicentre of a surge in violent crime in which thousands have been abducted.

MSF said nurse Mohammad Hassan, 37, was killed on Oct. 2 when armed men opened fire on the public transport vehicle in which he was travelling.

“Mohammad’s tragic death is an example of the rising violence in N-W Nigeria that is deeply affecting the lives of the population and has driven thousands of people from their homes,” the organisation said on Twitter on Monday.

The whole of northwest Nigeria has been engulfed in crisis since late 2020, when gangs of bandits seeking ransoms or loot began a spate of mass abductions from schools and other violent attacks on villages and on people travelling by road.

Zamfara State, which is among the worst-hit states, has been under a telecoms blackout since early September, imposed by the authorities to disrupt coordination among the bandits and help the armed forces to tackle them.

Rumours have circulated about what is going on in Zamfara, but there has been little confirmed information. Authorities in neighbouring states have complained that bandits driven out of Zamfara had poured into their territories and were causing havoc.

MSF said it provided medical humanitarian assistance to the populations of the Anka, Gusau and Zurmi areas in Zamfara State.

In Shinkafi, the town where Hassan was based, MSF teams run a 33-bed therapeutic feeding centre and an inpatient paediatric department at the local general hospital, it said.