Nigerians have 10% of choice property in UK: Pandora Papers 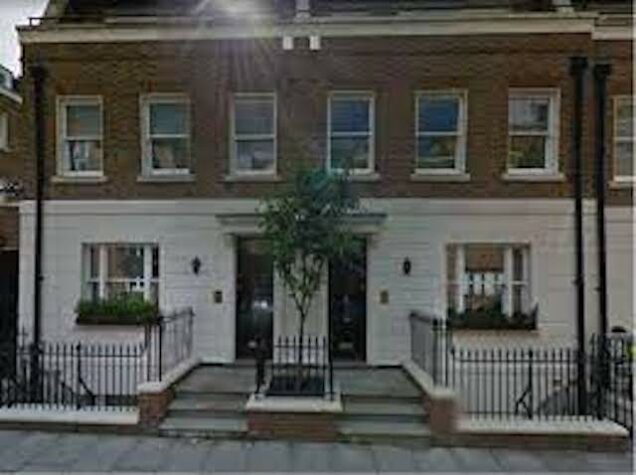 Nigerians are the owners of 10 per cent of 1,500 UK property bought by offshore companies, the Pandora Papers have revealed.

The property valued at £4billion are majorly in the premium areas of London: Westminster, Kensington, Mayfair, Knightsbridge and Belgravia.

They are owned through 716 offshore companies.

The Guardian of London, which participated in the investigation triggered by the Pandora papers, said seven percent of the property are owned by Indians and five percent by Russians.

However, more than 25 percent of the properties are however owned by the British, with former Prime Minister Tony Blair, already identified.

The Guardian.com reported that the offshore companies involved in the massive property acquisition can be traced to a variety of jurisdictions, namely Jersey, Cook Islands, British Virgin Islands and Seychelles.

Most of the companies, 678 of the 716, are registered in the British Virgin Islands, a UK territory and a tax haven used by those who want to hide their wealth and avoid paying taxes.

About 600 individuals, made up of Heads of government, oligarchs, business tycoons, ruling families and a Middle Eastern monarch are among the anonymous owners of the UK property, the Pandora papers revealed.

UK property worth more than £170bn is estimated to be held overseas, much of it anonymously.

The Guardian – working with the BBC, Finance Uncovered and other media outlets – has through months of research identified hundreds of the anonymous owners by cross-referencing UK Land Registry data on properties directly held offshore with leaked files in the Pandora papers.

Those files contain the names of the ultimate beneficial owners (UBOs), in other words the people in actual control, of hundreds of offshore companies. Discovery of these ownerships is not in itself any indication of illegality but the lack of transparency and accountability around them raises its own concerns.

The research reveals that a wide variety of overseas buyers – often politically active – have used the offshore route to acquire UK property.

At one extreme sits the King of Jordan, whose assets in the exclusive Belgravia district of London are part of an international luxury property empire worth well in excess of $100m, who cited security concerns for holding the properties anonymously and said no public funds were used to purchase them.

At the other extreme are the multimillionaire ruling family of Azerbaijan and their associates, who have been repeatedly accused of corruption, including by the European parliament.

Elsewhere in the data are family members of Kenya’s president, Uhuru Kenyatta, who used a company in the British Virgin Islands (BVI) to acquire a flat in Westminster.

Thani Abdulla TJ al-Thani of the Qatari ruling family bought 16 London properties between 2010 and 2018 to a value of £640m. Neither commented on the real estate purchases revealed by the Pandora papers.

The family of the Russian oligarch Mikhail Gutseriev – placed under sanctions by the UK, EU and US in June over his links to the president of Belarus, Alexander Lukashenko – owns more than £50m of property in the City and West End of London, the data shows.

Representatives of the family said Gutseriev had no interest in the assets, which were acquired 15 years ago, and that his son Said Gutseriev, an entrepreneur and the offshore beneficial owner of most of the property, was a UK citizen.

Alexei Chepa, another Russian politician, used a BVI company to acquire a 10-bedroom mansion in Holland Park, London, in 2011. The property, which has its own underground cinema and swimming pool, sold this year for £25m.

A representative of Chepa said: “Acquisitions of any property that may have been made would have followed absolutely the proper processes as advised at the time.”

The Guardian is yet to publish the Nigerian owners of offshore companies, owning UK property.

But according to revelations by Panama Papers, former Senate President Bukola Saraki and his wife, Toyin were linked with houses at at 7 and 8 Whittaker Street, Belgravia, London.

The houses, worth £15million in 2018, were acquired on their behalf by Landfield International Developments Limited and Renocon Property Development Limited, both offshore holdings.