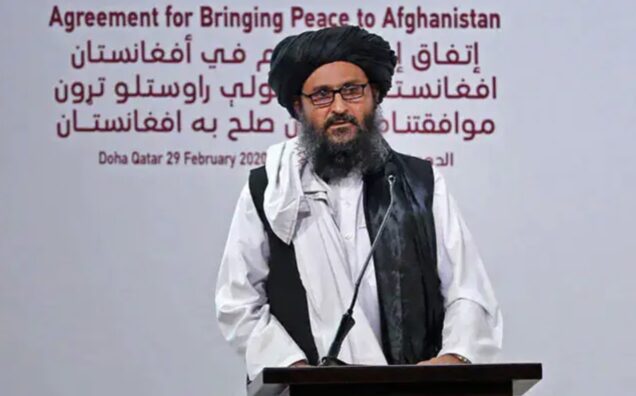 Afghanistan’s interim government, the Taliban has held its first cabinet meeting since taking power in August.

According to a statement released by the Taliban’s chief spokesperson Zabihullah Mujahid, the Taliban’s council of ministers agreed on Monday to begin issuing passports and ID cards to Afghan citizens again.

The state-run Bakhtar News Agency reported that the new passports and IDs would most likely be emblazoned with the name “The Islamic Emirate of Afghanistan” – the title the Taliban uses for their government – rather than the Islamic Republic of Afghanistan, the country’s official name under the previous Western-backed government.

It remains unclear whether the new passports will be recognized by any foreign governments, as the Taliban remain unrecognized as Afghanistan’s legitimate leaders by the international community.

Also, the cabinet meeting tasked the Kabul municipality with developing mechanisms to prevent the illegal seizure of land.

Various security ministries have been asked to form a joint commission to improve security in both the capital and the provinces.

The Taliban also appointed a slew of new ministers to the interim government on Monday, as well as new top brass for the country’s military.

In total, 38 new official appointments made by Taliban supreme leader Shaikh Haibatullah Akhundzada were announced, almost all of whom are religious clerics from the Pashtun ethnic group, another disappointment for Afghans calling for a multi-ethnic interim government and one that includes women.

Among the new appointees is an additional deputy prime minister, Mawlawi Abdul Kabir, who is also a member of the Taliban’s leadership council and who served in key positions during the Taliban rule in Afghanistan in the late 1990s.