Two Americans win Nobel Prize in Medicine, why their work is so special 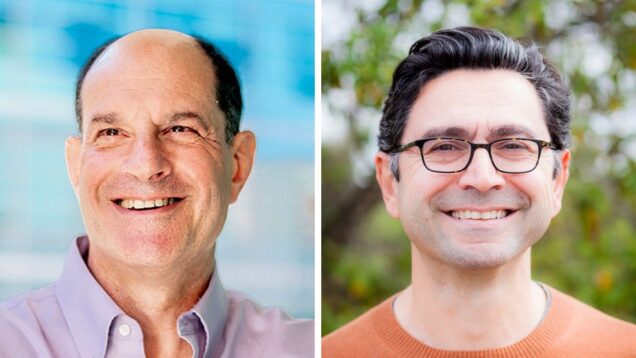 Two American scientists, David Julius and Ardem Patapoutian, have been awarded the 2021 Nobel Prize in medicine for discovering how our bodies feel the warmth of the sun or the hug of a loved one.

Thomas Perlmann, Secretary of the Nobel Assembly and the Nobel Committee, announced the winners on 4 October during a press conference at the Karolinska Institute in Stockholm, Sweden. The pair will share the 10m Swedish kronor (£845,000) prize. “It was a very important and profound discovery,” Pearlman said.

Their work had “allowed us to understand how heat, cold and mechanical force can initiate the nerve impulses that allow us to perceive and adapt to the world around us,” the Prize Committee said, adding that “this knowledge is being used to develop treatments for a wide range of disease conditions, including chronic pain.”

The discovery is important because the scientists have unravelled one of the greatest mysteries of biology: how we feel feel warmth and love. Heat, cold and touch are crucial for experiencing the world around us and for our own survival.

However, the remarkable thing about these discovery, which could lead to new ways of treating pain is that their work was carried out independently. Julius’s got his breakthrough while investigating the burning pain we feel from eating a hot chilli pepper.

He experimented with the source of a chilli’s heat – the chemical capsaicin. He discovered the specific type of receptor (a part of our cells that detects the world around them) that responded to capsaicin.

Further tests showed the receptor was responding to heat and kicked in at “painful” temperatures. This is what happens, for example, if you burn your hand on a cup of coffee. The discovery led to a flurry of other temperature-sensors being discovered. Julius and Patapoutian found one that could detect cold.

However, Patapoutian, working at the Scripps Research institute, was also poking cells in a dish. Those experiments led to the discovery of a different type of receptor that was activated in response to mechanical force or touch.

When you walk along a beach and feel the sand under your feet – it is these receptors that are sending signals to the brain.

Ironically, both scientists who discovered the sense of heat and touch were caught off-guard. Patapoutian learnt of the news from his father as he had been out of contact by phone.

When the Prize Committee wanted to inform him about his award, they couldn’t reach him as his phone was set to do-not-disturb. So the flurry of phone calls from Sweden (at 0200 California time) went unanswered. Rather it was able to reach his 94-year father who called and informed him about the prize.

“They somehow got to my 94-year-old father who lives in Los Angeles and he was able to call me and wake me up and tell me the news, which ended up being a fantastic way to find out,” he said.

Patapoutian was born in 1967 to Armenian parents in Lebanon and moved to Los Angeles in his youth, “In science many times it is the things we take for granted that are of high interest,” he said of winning the more than century-old prize.

A professor at Scripps Research, La Jolla, California, he had previously done research at the University of California, San Francisco, and California Institute of Technology, Pasadena.

New York-born Julius, 65, is a Professor at University of California, San Francisco (UCFS), after earlier work at Columbia University, in New York.