Why I left Olamide's YBNL - Lyta 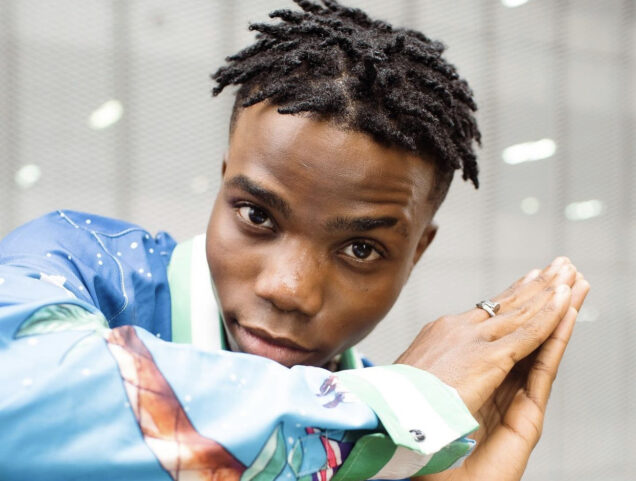 The songwriter had been in the public eye over his controversial and well-publicised departure from Olamide’s record label.

In a recent chat with HipTV, Lyta spoke about his adulation and how Olamide treated him like his own son, but he had to exit the label for the good of his music career.

According to the songwriter, he would never forget the influence of Olamide in his music career. He also appreciated the YBNL boss for always “supporting the music career of young people”.

“February 15, 2018, was fantastic. That was when I got on YBNL. I was a normal street boy hustling and striving to make ends meet. I used to go for shows outside [Ajegunle]. That is where I met one of my bosses,” he said.

“I met him in Ikeja. He supported me, said I knew my way around music. In January 2018, he took me to a new year party in Abeokuta. I performed and Olamide saw me. He said I was good and welcomed me to YBNL.

“That’s how I started working with his label. No contract. Olamide is just a street boss supporting the youth to the limelight. I’m grateful for that. I can never forget Olamide. I love him till death. He’s my boss for life.”

Explaining why he left Olamide‘s label in 2019, Lyta had said he was given a music release calendar which was inconsistent with how often he intended dropping new songs.

“When we want to drop new songs, we do so in a group of five. I was dropping my songs and they were talking about a calendar of some sort that I knew nothing about,” the singer had explained.

“I couldn’t always have to wait that long before dropping songs for my fans. That was why I made the move to leave the label. Olamide treats me well.

“He takes me like a son and taught me lots of stuff, told me I had to hustle. While I’ve been there, I’ve been okay with the family. But for the good of my music career, I decided to move.”

In 2020, Lyta was signed to Marlian Music, a label owned by popular controversial singer, Naira Marley.