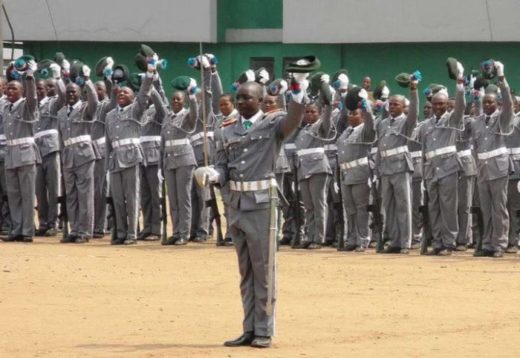 The Customs Comptroller General, Col. Hameed Ali (Rtd), while decorating some of the newly promoted officers in Abuja on Wednesday, said the elevation was based strictly on merit.

Ali explained that those promoted worked hard as service has “no halfway measures for promotion”.

He added that he had set a standard that was now a culture in the organisation.

“I must congratulate the newly promoted officers for your well-deserved elevation. I insisted on the standard we set in, in spite of the pressure, we will never compromise.

“We have established standard and part of the standard is that as an officer in the customs, you must be tested before you get promoted.

“If we had not established a standard format, it would have been difficult for us to maintain it for the past five years,” he explained.

The customs boss said the promotion came with added responsibilities and urged the promoted personnel to brace up for the new tasks.

Mr Joseph Attah, the service’s Public Relations Officer, was among those promoted to the rank of Comptroller of Customs.

Others were 64 assistant comptrollers who got elevated to the position of deputy comptrollers.

In his remarks, the Deputy Comptroller General, Mr Mohammed Boyi, who spoke on behalf of the promoted officers, thanked the management and Customs Board for finding them worthy of promotion.

Boyi pledged to live up to their responsibilities and put in their best to move the service forward.