HBO releases first teaser for ‘House of the Dragon’ 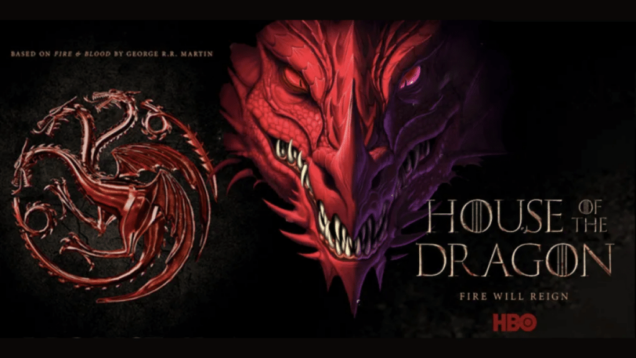 House Of The Dragon

HBO has released its first teaser for the “Game of Thrones” prequel, titled “House Of The Dragon”.

Giving fans their very first glimpse of footage of the highly-anticipated prequel, the short video features star Matt Smith as he broods on a dark beach.

Matt plays Prince Daemon Targaryen and has been filming in Kynance Cove in Cornwall – the setting of the beach in the trailer.

‘Gods, kings, fire and blood. Dreams didn’t make us kings – dragons did!,’ Matt is heard saying in the teaser

Characters, such as Milly Alcock as Princess Rhaenyra Targaryen, and Theo Nate who portray Laenor Velaryon were seeing in the teaser.

The teaser also features a pair of knights on horseback, battling one another in a violent clash.

The end of the teaser sees Princess Rhaenyra as she approaches the infamous Iron Throne, from the previous series.

Based on Martin’s Fire & Blood, the series, which is set 200 years before the events of Game of Thrones, tells the story of House Targaryen of Dragon.

Tags:   Game of Thrones   House of the Dragon