Whitemoney, Liquorose, others join Makinwa on final Episode of Showmax’s The Buzz 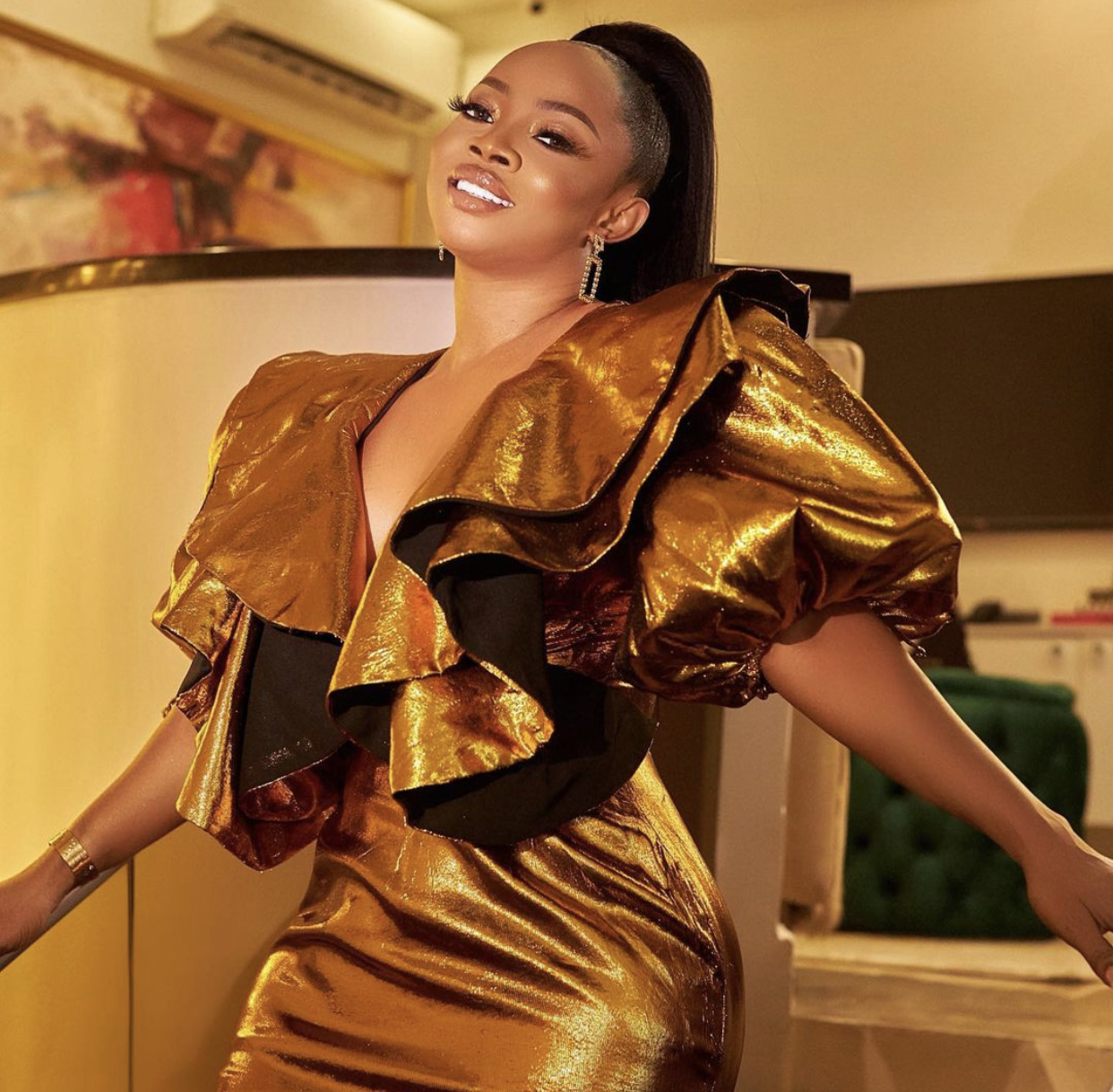 Toke Makinwa will host Big Brother Naija’s latest winner, Whitemoney, as well as the first runner-up, Liquorose, and other finalists, Pere and Cross, on the final episode of The Buzz.

The 19th and final episode will air on Showmax on Wednesday, October 6, 2021.

Toke, who has hosted The Buzz twice every week throughout the BBNaija Shine Ya Eye season, will round things up with the 19th episode. She will speak with the top 4 about their experiences in the house.

Throughout the season, Toke, with the help of several guests like Basketmouth, Don Jazzy, Mercy Eke, Dorathy Bachor, and more, has analysed the housemates’ activities. Thanks to Big Brother, she has also revealed several never-before-seen videos from the house on the show.

The 19th episode promises to hold more excitement than other episodes and reveal even more never-before-seen clips from the BBNaija Shine Ya Eye season. In episode 18, Toke bet Don Jazzy that Whitemoney would win the show.

It would be interesting to see how she’ll interact with the 29-year-old she rooted for as well as the other housemates.

During his time in the house, Cross was known as the bad-boy life of the party, who held his own by being one of the most original housemates. Cross caught the eye of several women, including Toke, with the way he carried himself, made everyone laugh, and generally acted like the class clown. Cross will discuss his time in the house, including his budding relationship with Angel and other exclusive details.

Pere, who everyone called ‘The General’, had one of the house’s most exciting character development stories. He was first almost invincible, then he was a wildcard, the military HOH from hell, WM’s most prominent antagonist, the villain, and eventually the people’s favourite. Pere had quite the journey, expertly manipulating others’ actions with his words, fights, and general game style. While many may not have loved him as an individual, they can’t argue that he had one of the best gameplays and stories on the show this season.

Liquorose came in strong and was immediately considered a threat. She came in with almost a million followers on Instagram, and she had been popular as part of the GGB dance crew for years.

It made her the easiest wildcard target, but she eventually won the house over with her sweetness. From owning the party dancefloors to having the sweetest relationship with Emmanuel, Liquor quickly became a viewers’ favourite. Till the end of the show, many couldn’t say for sure if she’d lose the grand prize to Whitemoney.

Whitemoney, on the other hand, was the master of the game. He set himself up to win from the first day he walked into the house. First, he had one of the most interesting outfits amongst the men and probably the most dramatic entrance.

Next, he told his life stories, most of which were sad. In the second week, he cemented his place by showing just how creative he was.

He also showed how kind he was by becoming the resident cook. The throne was almost immediately set in front of him. He’ll talk with Toke about relationships in the house, strategies if any, and his plans for the future now that he has joined the elite group of BBNaija winners.

Watch the final episode of Toke Makinwa’s explosive show, The Buzz, exclusively on Showmax on Wednesday at 7 pm to catch up with your favourite housemates.

Download the Showmax app on your iOS or Android device for the exclusive episode from the BBNaija’ Shine Ya Eye’ edition.