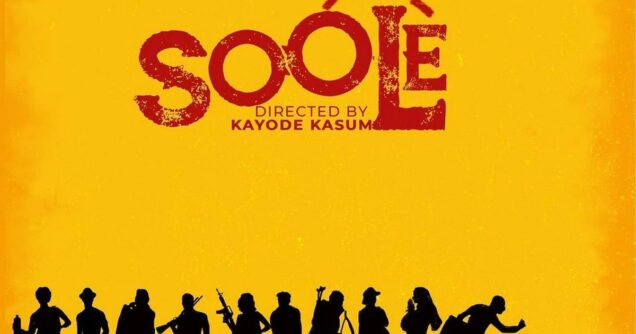 Kasum released the thrilling new teaser done in black and white on his social media, revealing some of the film’s key cast; watch here.

The teaser also hints on the film’s plot which reportedly follows the story of strangers who become entangled in a cat-and-mouse game on their journey to the eastern part of Nigeria.

Written by Stephen Okonkwo and produced by Adunni Ade, ‘Soòlé’ will premiere in cinemas on November 26, 2021.