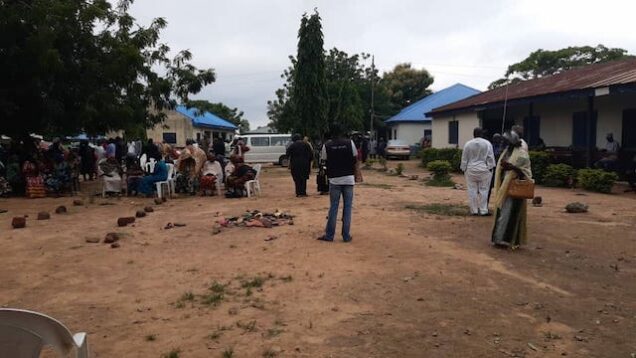 Parents at Bethel Baptist students await news about their children

Five abducted students and a matron of Bethel Baptist School in Maraban, Chikun LGA, Kaduna have regained their freedom.

This comes two weeks after the bandits released ten students from their den.

Akanji said: “Glory be to God. Five of our Bethel Baptist High School students and the Matron have just been released to us this evening, October 8.

“We thank God and trust that the remaining four students will also be released. Thank you for your prayers and support”.