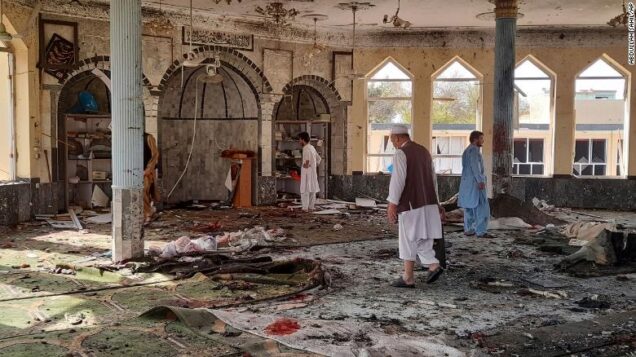 Over 50 people have died as a suicide bomb attack hits a mosque in the Afghan city of Kunduz on Friday during prayers.

It is the deadliest attack since the US left the country last month.

A might explosion was heard inside the Sayed Abad mosque during Friday prayers.

More than 100 people were injured as the bomb brought the mosque to rubbles.

According to the BBC, no group has said it was behind the attack, but Sunni Muslim extremists, including a local Islamic State group, have targeted the Shia community.

They consider Shia Muslims to be heretics.

Taliban spokesman Zabihullah Mujahid said on Twitter that  security forces are at the scene, and that investigation was underway.

According to AFP, ambulances were going back to the incident scene to carry the dead.