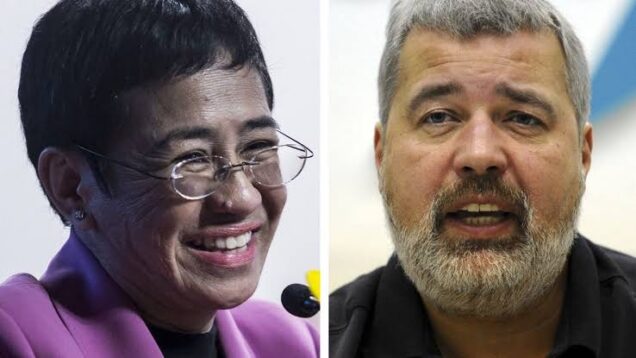 The 2021 Nobel Peace Prize has been awarded to journalists Maria Ressa from the Philippines and Dmitry Muratov from Russia.

The award was won for their efforts to safeguard freedom of expression, which is a precondition for democracy and lasting peace.

Announcing the shared award in Oslo on Friday, the Norwegian Nobel Committee said that the pair were “representatives of all journalists in a world in which democracy and freedom of the press face increasingly adverse conditions’’.

Maria Ressa founded investigative journalism website Rappler and has focused much of her work on Philippine President Rodrigo Duterte’s controversial and violent war on drugs.

Muratov founded the Russian newspaper Novaya Gazeta in 1993 and has been its editor-in-chief for 24 years.

It is today one of the very few independent media outlets in Russia and has seen six of its journalists murdered during that time.