Why Cannabis can't be legalised in Nigeria - NDLEA 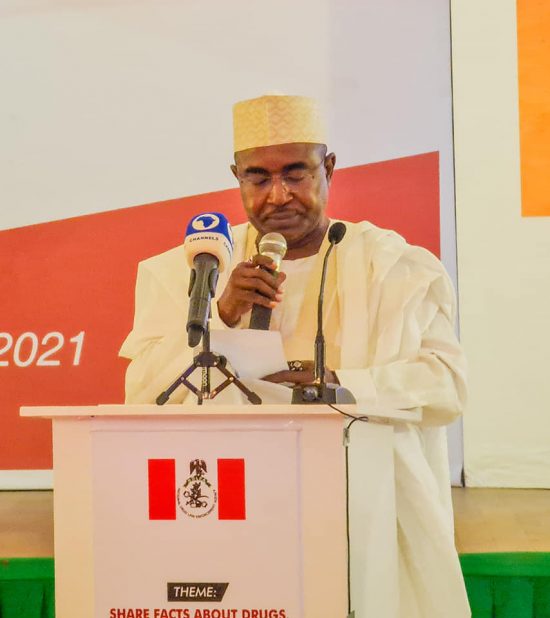 Buba Marwa: Why Cannabis can't be legalised in Nigeria

The Chairman, National Drug Law Enforcement Agency (NDLEA), retired Brig.-Gen. Buba Marwa said the proponents of the legalization of Cannabis Sativa cannot have what they desire.

In a statement by the agency’s Director Media and Advocacy, Mr Femi Babafemi on Friday in Abuja, the NDLEA boss emphatically laid the basis for his position.

Marwa, represented by his Special Adviser on National Drug Control Master Plan, Mr Lanre Ipinmisho, said that in advanced world, drug had been the driver of high crime rate and violent killings.

According to him, in developing or third world countries, drug is the escalator of strife, pogroms, and war.

“We have seen narco-terrorism in Colombia and Mexico where drug cartels are law unto themselves and are as powerful, if not more powerful, than the state.

“So, there are real cases, not scenarios, of where and how illicit substances played a role in a society’s rapid descent into chaos and tethering on the brink of a failed state.

“So the pertinent question for us today is: Have drugs played any role in the festering insecurity in Nigeria?
“The answer is yes. Of this, we have ample evidence.

“Cannabis sativa is the most abused of all illicit drugs, and from the findings of the National drug Survey of 2018, it is becoming a national albatross,” he said.

He said that as such, the nation could not afford to toy with the grim reality of the danger of legalizing cannabis when all the needed infrastructure to monitor and control that was still far from being in place.

“Canada that is pro-cannabis has strong and efficient institutions that are way ahead of Nigeria,” he said.

The NDLEA boss warned that people should stop treating cannabis like some sweet candy without any side effects, saying that its repercussions outweighed the vaunted benefits.

He said that legalizing its cultivation for a country such as Nigeria would not do any good.

“Cannabis remains an illicit substance. The agency shall always campaign against its cultivation, possession, trafficking, sales, and use.

“Offenders will face the wrath of the law. And, if I may add, our conviction rate is 90 percent successful,” he said.